Unfortunately, i arrived a few minutes after Olivier started his “Introducing Haiku” talk, and the room was so packed that i couldn’t even get in the room (for safety reasons). This is what i was welcomed with" :) When i managed to enter, for the next talk, there were still no seats available and stood up like ~30 other people. I eventually managed to seat next to the Haiku guys (Jerôme Duval joined us in the afternoon).

Most of the talks were quite low level for me, but very interesting nonetheless. The room was full most of the time but not as packed (with people standing up) as in the morning. Olivier and i had our laptops on our tables with Haiku running, and when possible, between talks, we had a few quick chats with interested people. I had to leave very quickly right after Niels talk which i’d like to note, was a very original and inspiring talk about project goals, the notion of “future” and how it relates to Haiku (i hope i got it right Niels :) what about publishing a text version?).

Sorry for such a brief report, i mostly wanted to publish some pictures as i often regret not doing so, i’m sure François, Niels and Olivier will have more to say :) Thanks for reading, and lets all thank François for organizing Haiku’s presence again this year.

Here are the pictures, i’m sorry i didn’t catch everyone (some pictures were too blurry to publish), will do better next time. (BTW i’m not sure what is the proper way to attach images in blog posts) 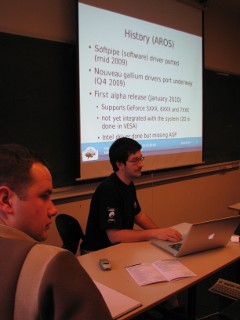 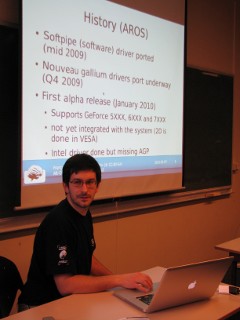 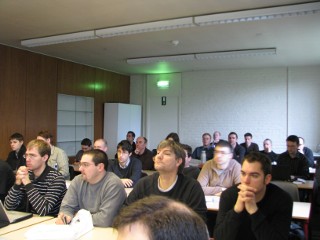 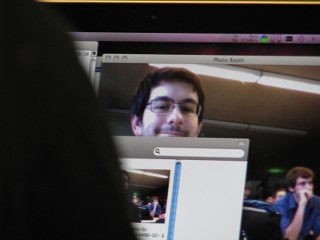 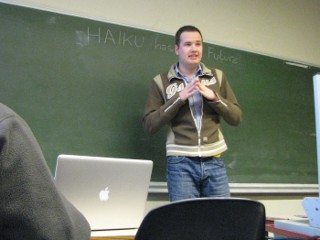 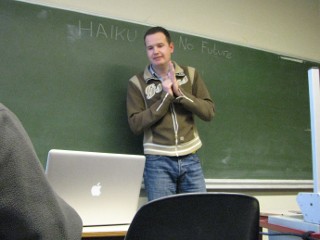