This is my first progress report. Following are the things I did in last couple of weeks: 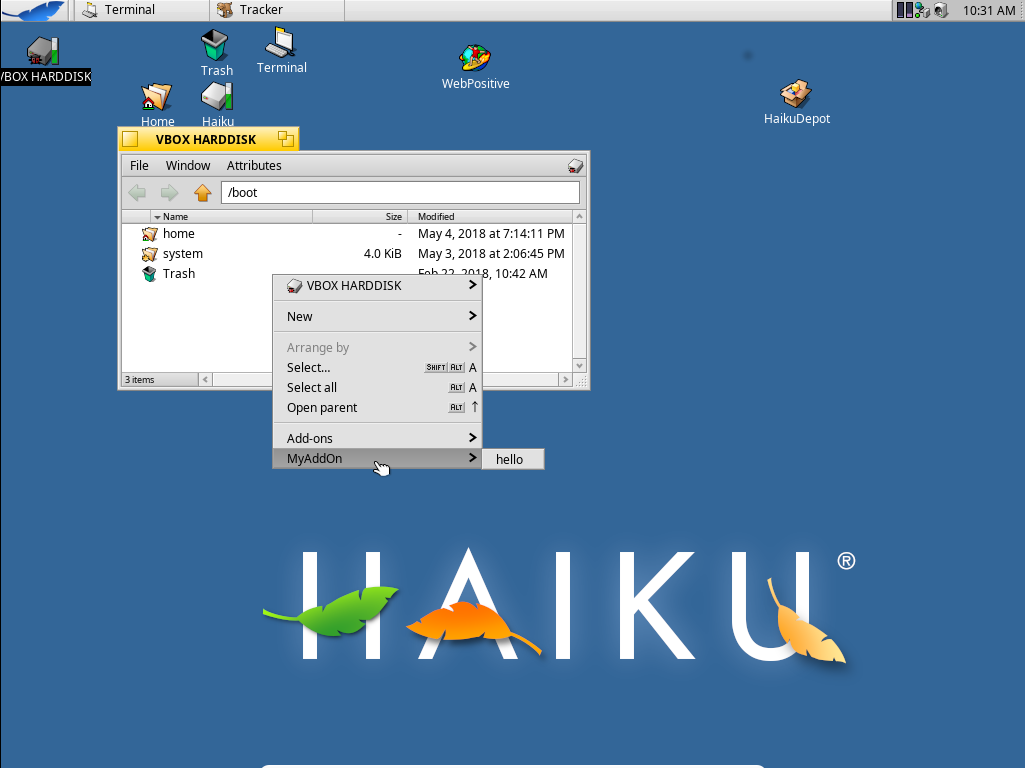 Dynamic Tracker Menu lets addon add items to the popup menu of Tracker based on the files selected. I was able to implement this in Haiku. A small example of this can be seen in above image.

How does it work? 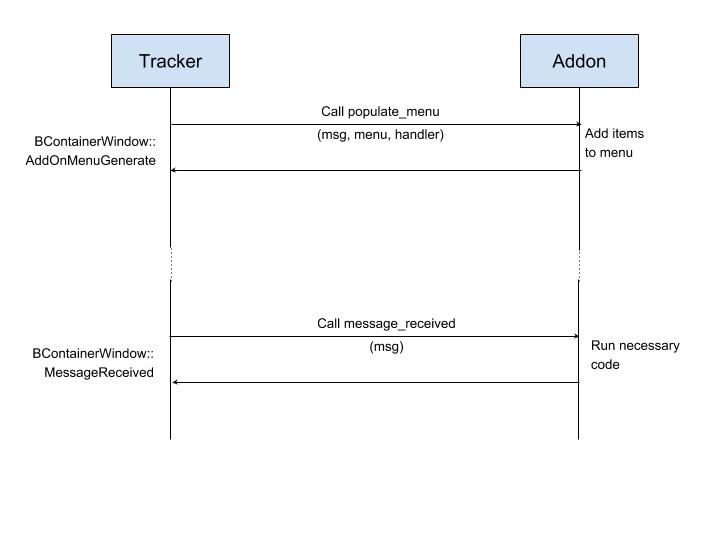 This function loads the addon image and calls populate_menu function of this addon if it has one. The parameters passed are a BMessage, BMenu pointer of the root menu of Tracker and BHandler to handle the message. The BMessage is of type B_TRACKER_ADDON_MESSAGE. Contents of BMessage are:

This function is called when user clicks on any item from addon. This function redirects the control to _PassMessageToAddOn which loads the addon image and calls message_received of addon. The parameter passed is BMessage which contains refs to current directory and selected items.

This function is called when user clicks on the addon item. The information added to the BMessage in the populate_menu can be used to determine the action needed to be taken.