This is the fourth progress report for TrackGit project. I did the following in last week.

I implemented the status command. This will pop up a window showing status of the current repository. This menu item will be shown only when the current directory is in some repo path. 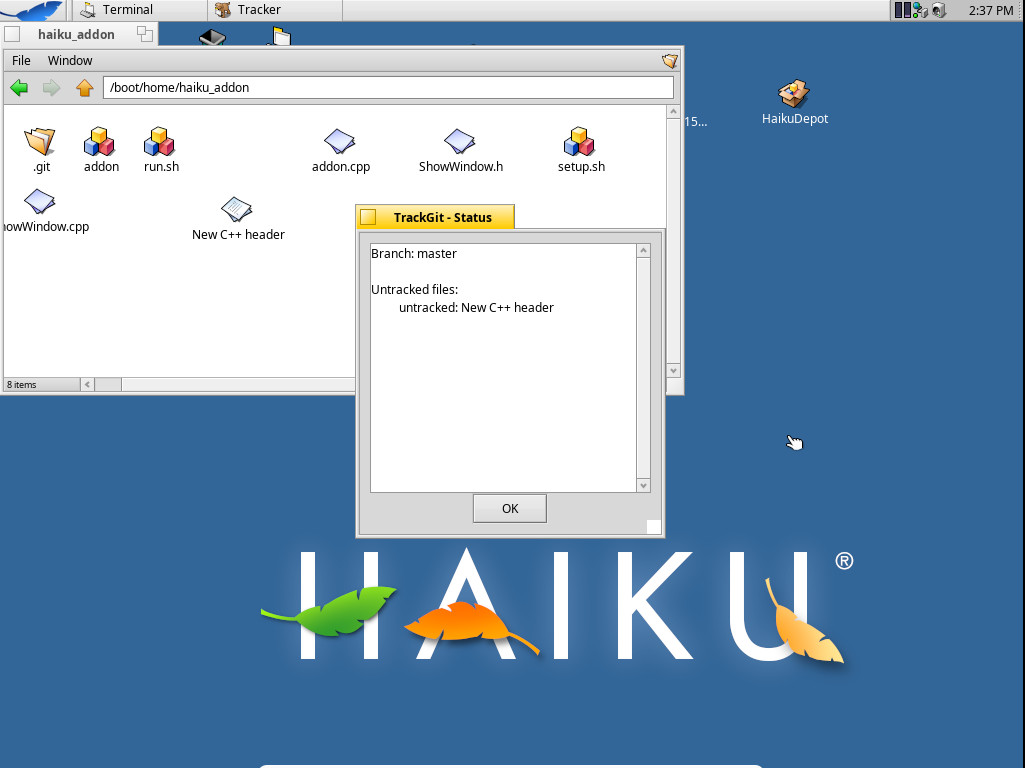 Solved a bug in Status

While implementing Status commmand, I ran into a bug which took some of my time. But I was able to solve it with the help of Haiku Debugger.

Learnt to use Haiku Debugger

As I was telling above, Haiku Debugger was realy helpful to me. Because of the necessity of solving the bug, I got familiarized with Haiku Debugger. And thus I got to learn it.

I mentioned in my last progress report about being stuck in Clone commmand due to ssl error. I was finally able to solve it. The problem was, I wasn’t initializing the libgit2.