This is the eighth progress report for TrackGit project. I did the following in last week.

I implemented the equivalent of git commit in TrackGit. The implementation was a little bit trickier because libgit2 used a different logic when the commit is first or non-first. The link to commit.

Below is a screenshot of Commit window. 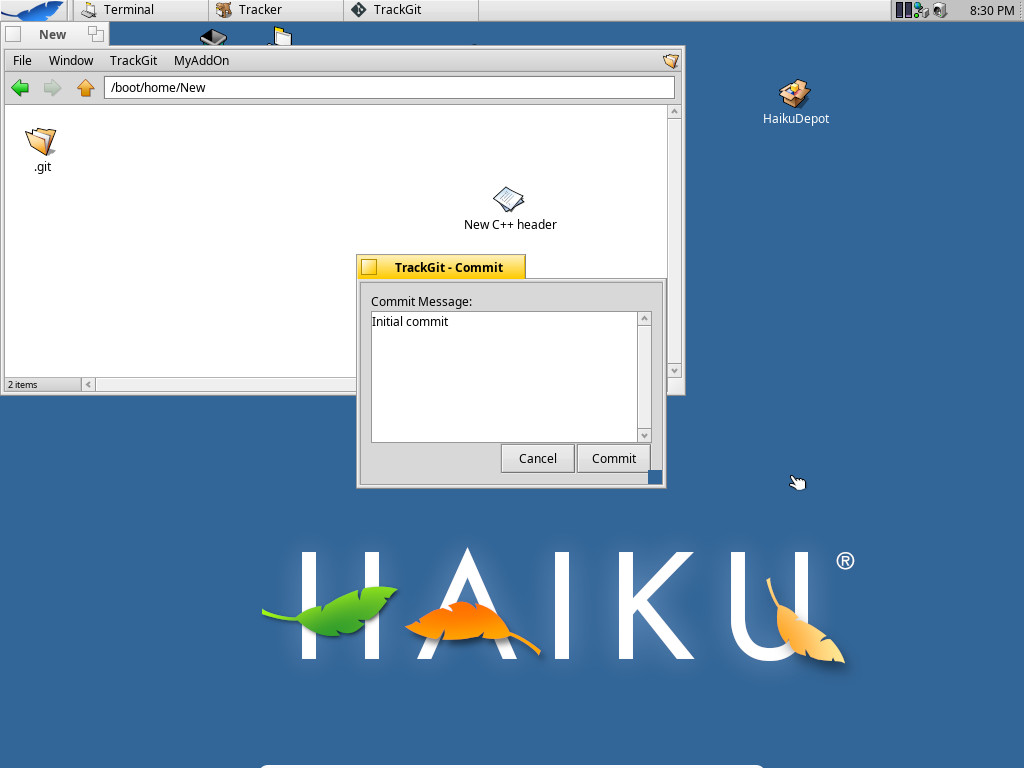 I also added the test case for commit command. This simply makes a commit and checks if the commit is made via status command.