Thanks in large part to the hard work by X512 and everyone developing on Haiku, our nightly RISCV64 images are now functional.

RISC-V is a modern, fully open CPU instruction set which can be implemented, customized, extended, and sold without royalties. Designs exist for a 32-bit, 64-bit, and even a 128-bit processor design.

You can emulate RISC-V in qemu, design your own CPU and synthesize it for an FPGA, or you can purchase a commercially built and designed computer with a RISC-V processor. 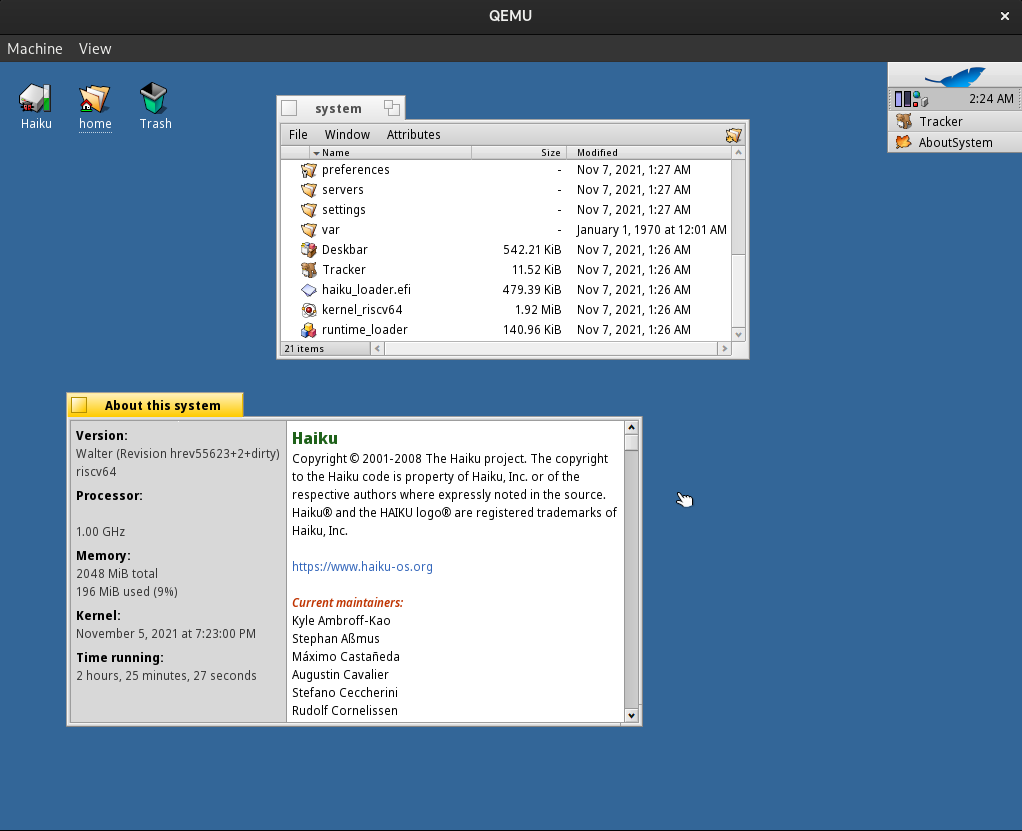 To boot Haiku in qemu (qemu-system-riscv64), you’ll need the following:

Once you have the above two items, then booting Haiku is as easy as running the following command:

Update: Working versions
riscv64 was broken after our merge of GCC 11. hrev55697 is currently the last image to boot to a desktop until this regression is repaired.

To boot Haiku on the SiFive unmatched, you will need the following:

Serial Debugging
In the event of trouble, attaching a Micro-USB cable to the Unmatched allows you to see serial output during startup. (minicom, 115200 8N1, no flow control)

Once you have all of the requirements above, the following process will get you booted into Haiku:

Overall, RISC-V offers an exciting opportunity for us to grow our non-x86 architecture support. A lot of work still remains on RISC-V including support for SMP (multi-processor), however this is a massive first step.