So this is the day.

I slept not too bad. The only trouble with rooms this big is you have to walk a lot :D

After two days hacking I wanted to do some sightseeing. I started by the cable-car, it’s really funny the way it goes up and down. Then I went north on Van Ness, west on Lombard street, and I walked a little in the Presidio Park. Was nice to see some nature! And I finally saw the Golden-Gate Bridge in the distance. Then I walked back to town via the Palace of Fine Arts, Marina Boulevard (btw, boulevard is a French word, although there are several explanations for its origin), Fort Mason, and they I took the bus back to the hotel to get a shower and a little nap before the GCI Opening Party.

At 4:30pm I went to the atrium hoping to see Scott who mailed me he was around already, but instead I found some other mentors and students, including Hannah who brought her little brother, so we started discussing, and settled down to wait for others. At one point Vale showed up as well, and soon it was 5:30 so we went to the meeting space. 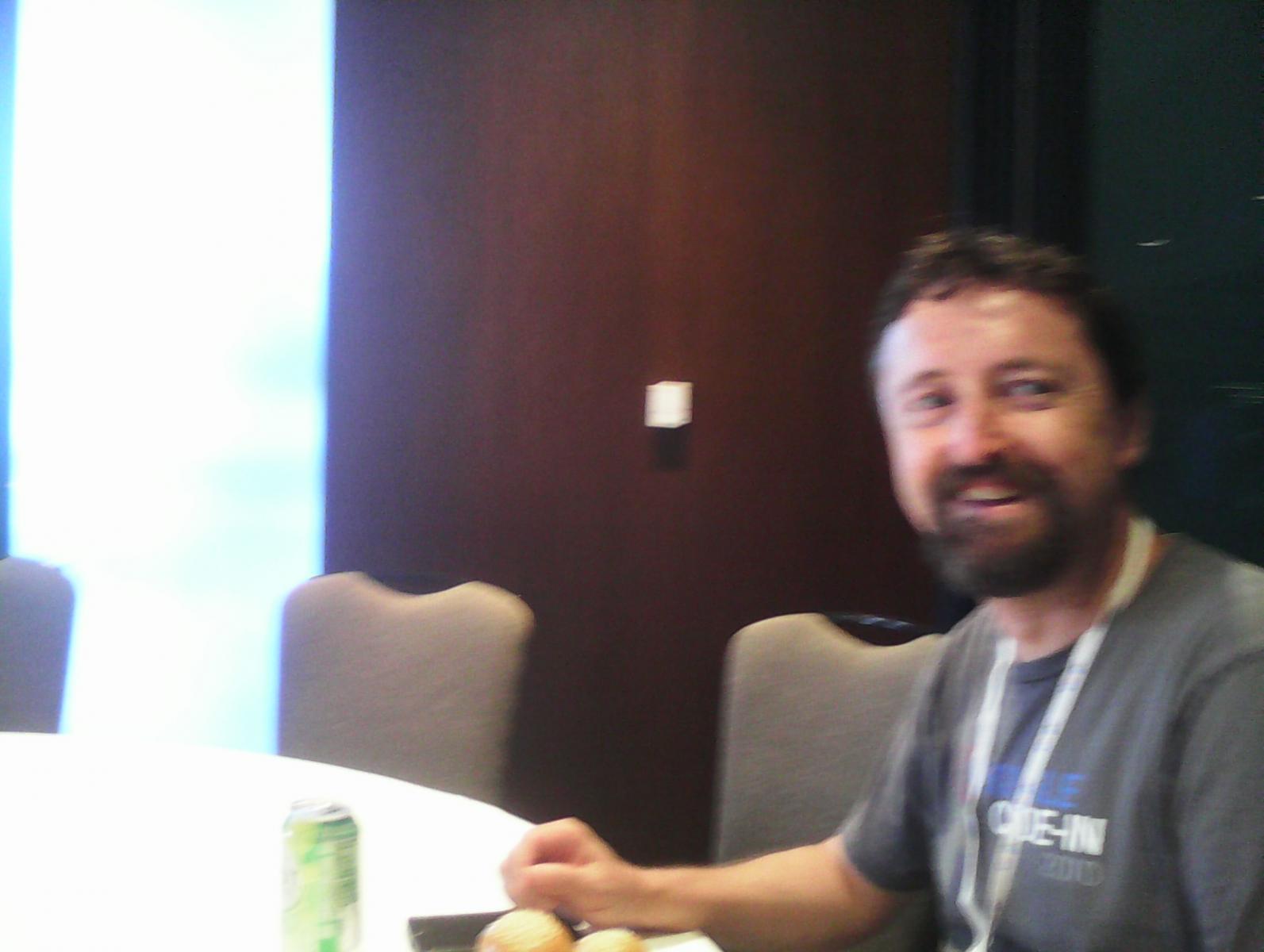 We were given our badges, large badges, you really see them from far away! We also had a first chunk of swag: a large bag with pockets for a laptop and a tablet, a jacket…

And as we started taking plates and food and looked for a table we saw Scott on the other side of the room so we joined him.

We started poking at the buffet, and Stephanie did a little speech and explanation about the program. Before the dessert (actually, during the dessert, mentors went to it directly :p), the students had to play a little game consisting of questions to answer with a name of a mentor who would have a positive answer to them, citing a name only once. 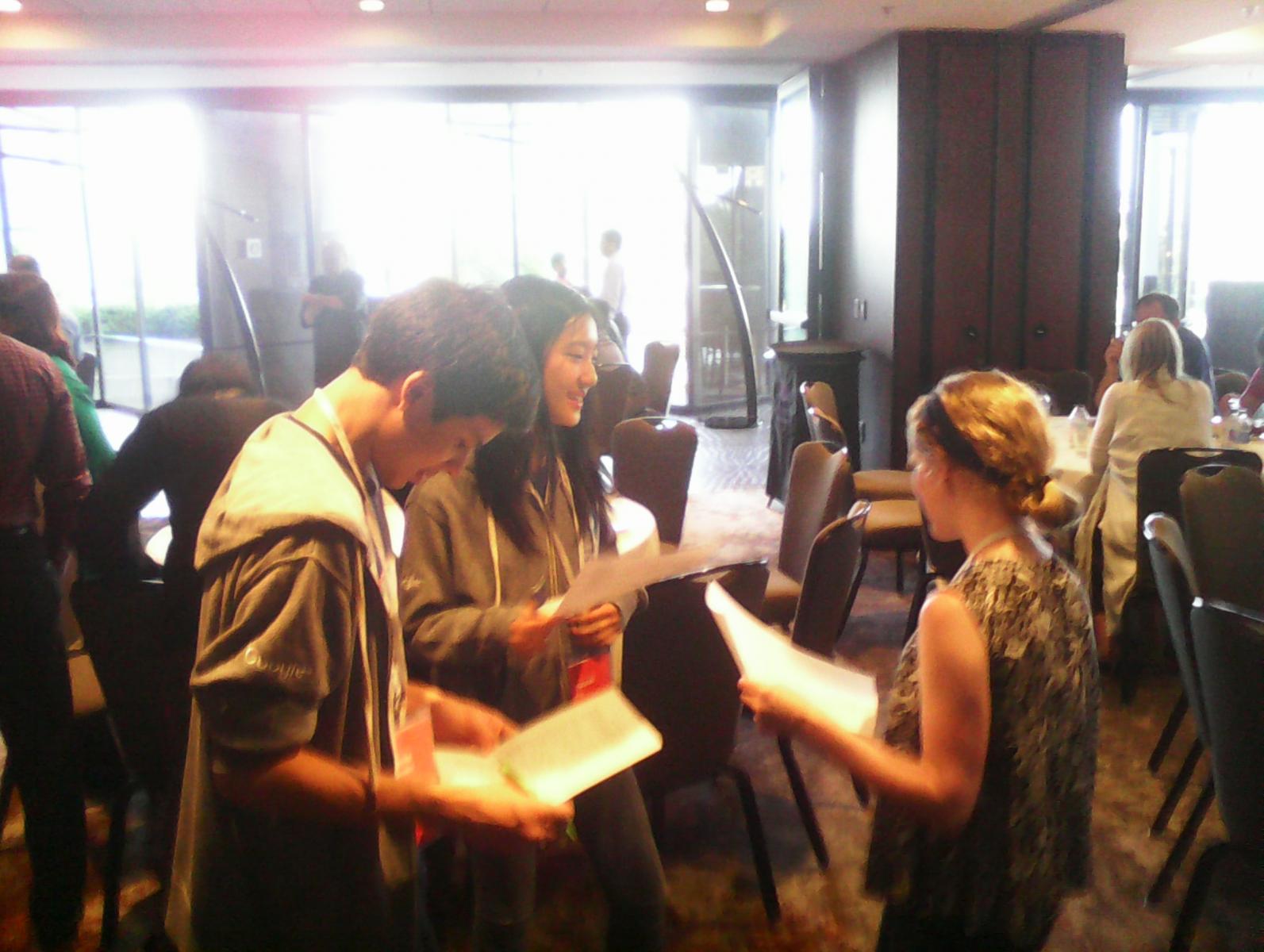 Oh, and the winner also had some more swag already: a brand new smartphone. Almost makes me want to go back to school ;-) 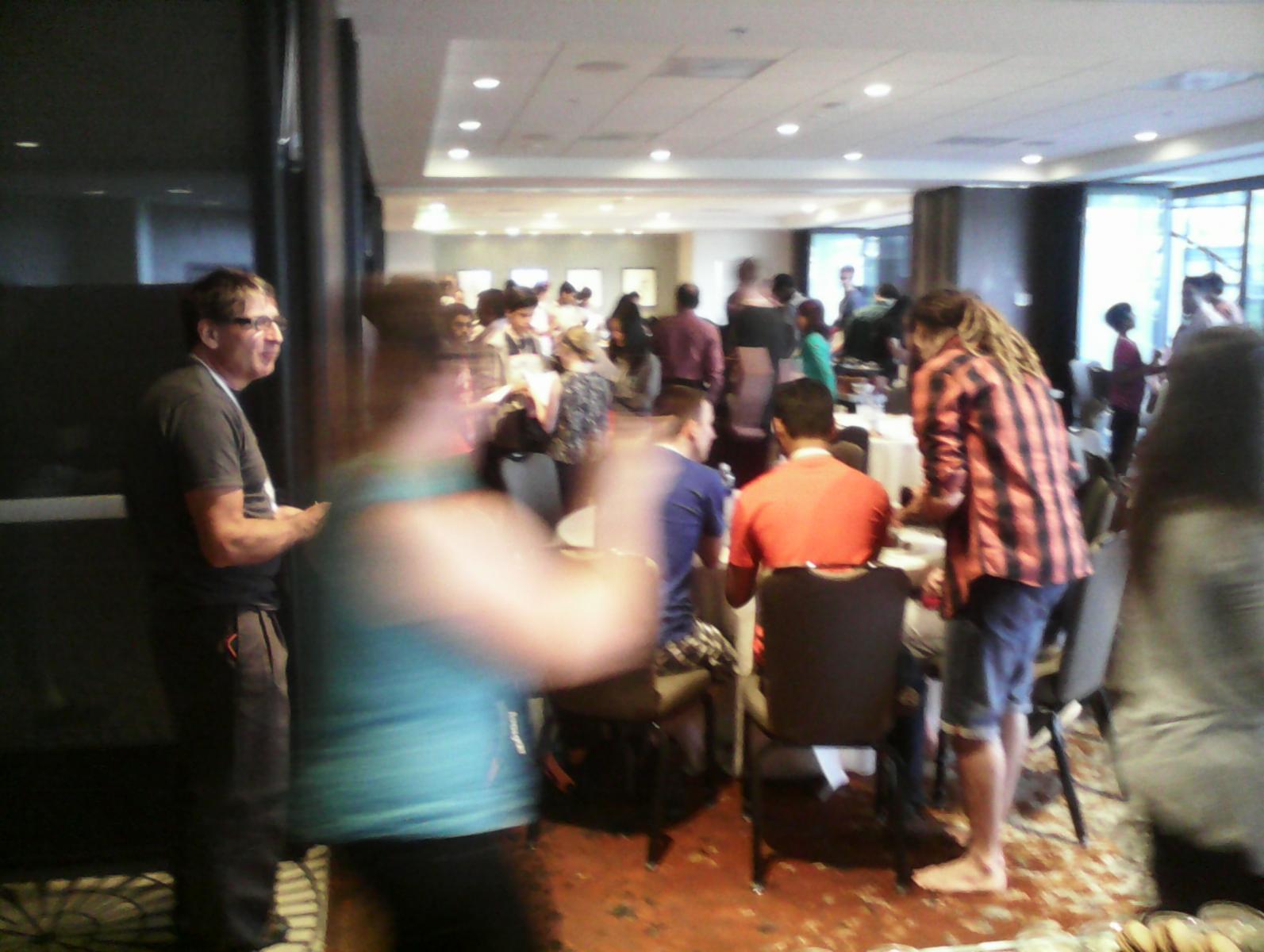 And then most people left to have a long sleep as tomorrow will be a long day. So, good night!

Btw, my camera has depleted its battery and I forgot the proprietary cable, so I used my tablet but it doesn’t looks as nice. But Scott took some photos too.