Tuesday is going to be adventure-packed. Let’s hope everyone slept well. I made a quick survey but I’m not sure everyone answered honestly. Although someone admitted lying on the bed and waking up with the clothes still on. No, I won’t give names :D

We had to choose between a Segway tour or a visit to the Exploratorium.

Most of us chose the Segway tour, like me, and as nobody really ever used one before, we had to go through some training first. Like, going forward, backward, turning, emergency stop… Then we were ready to do “Segs in the city” (The joke is not mine).

So here we went, down (and up) the bumpy streets of San Francisco. After a while it almost felt natural, although it does exercise your legs, and we were happy to take a break. Then we continued to the shore, took a nice view from one of the piers, and went back another way. Our group went with almost no incident, just someone touching a parked car at low speed. It’s really funny and really made me want to hack one!

Then we went for a lunch at Ghirardelli square, joined by those coming back from the Exploratorium, after visiting the famous chocolate shop(s) of the place. Some went back for a chocolate dessert (I recommend the Mint Bliss :-p). 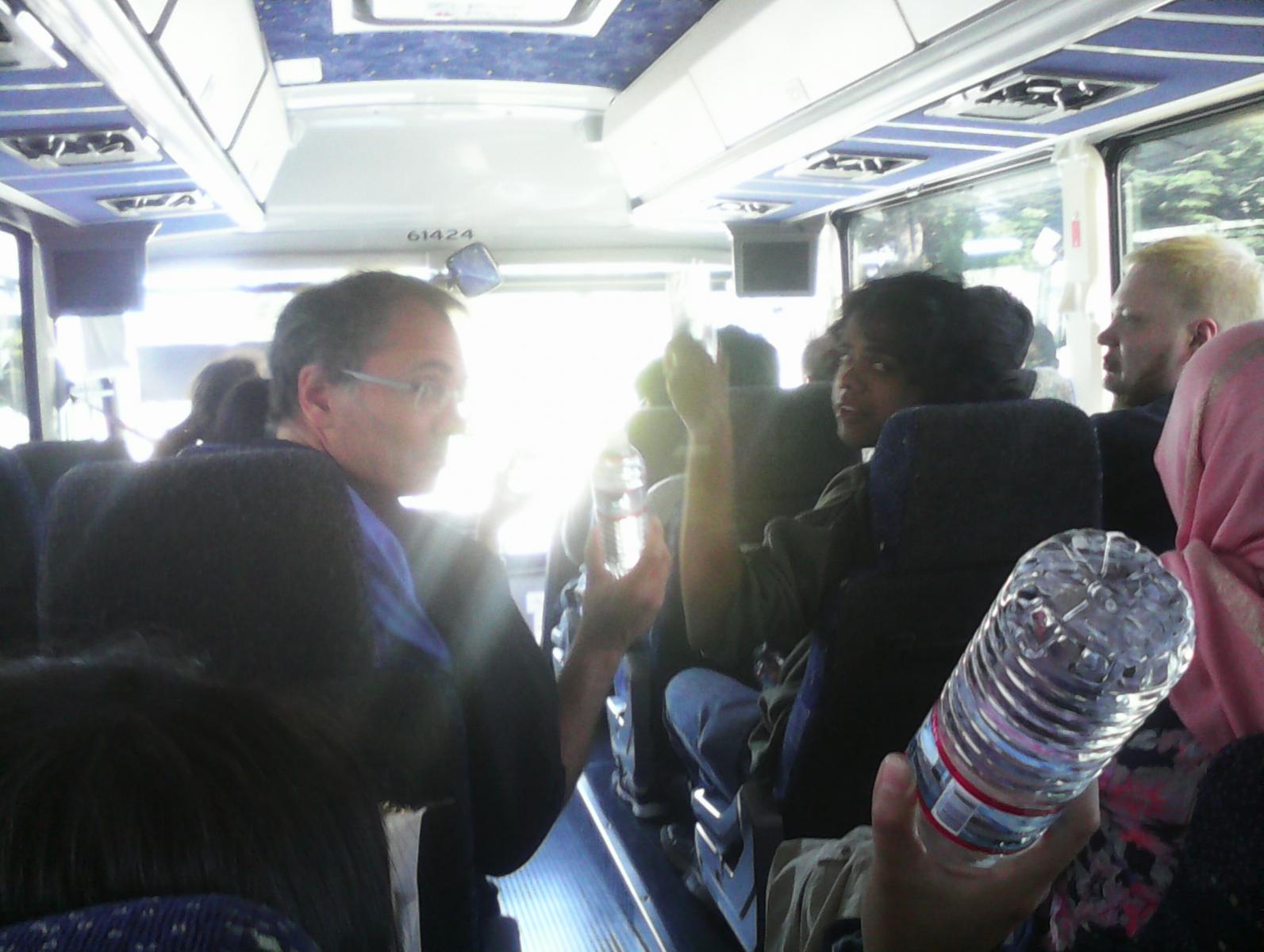 We didn’t wait long for the bus to take us to the Golden-Gate Bridge. Some went to walk over it (some actually made the whole round-trip, that’s 5.5km!), I decided to go walking with Stephanie around the place, down to Fort Point, that’s right under the start of the Golder Gate. Then we went back up, and had some time to walk on the bridge itself (and take Pictures, Or It Didn’t Happen!). It was also yet another occasion to chat on other projects, or life in SF… 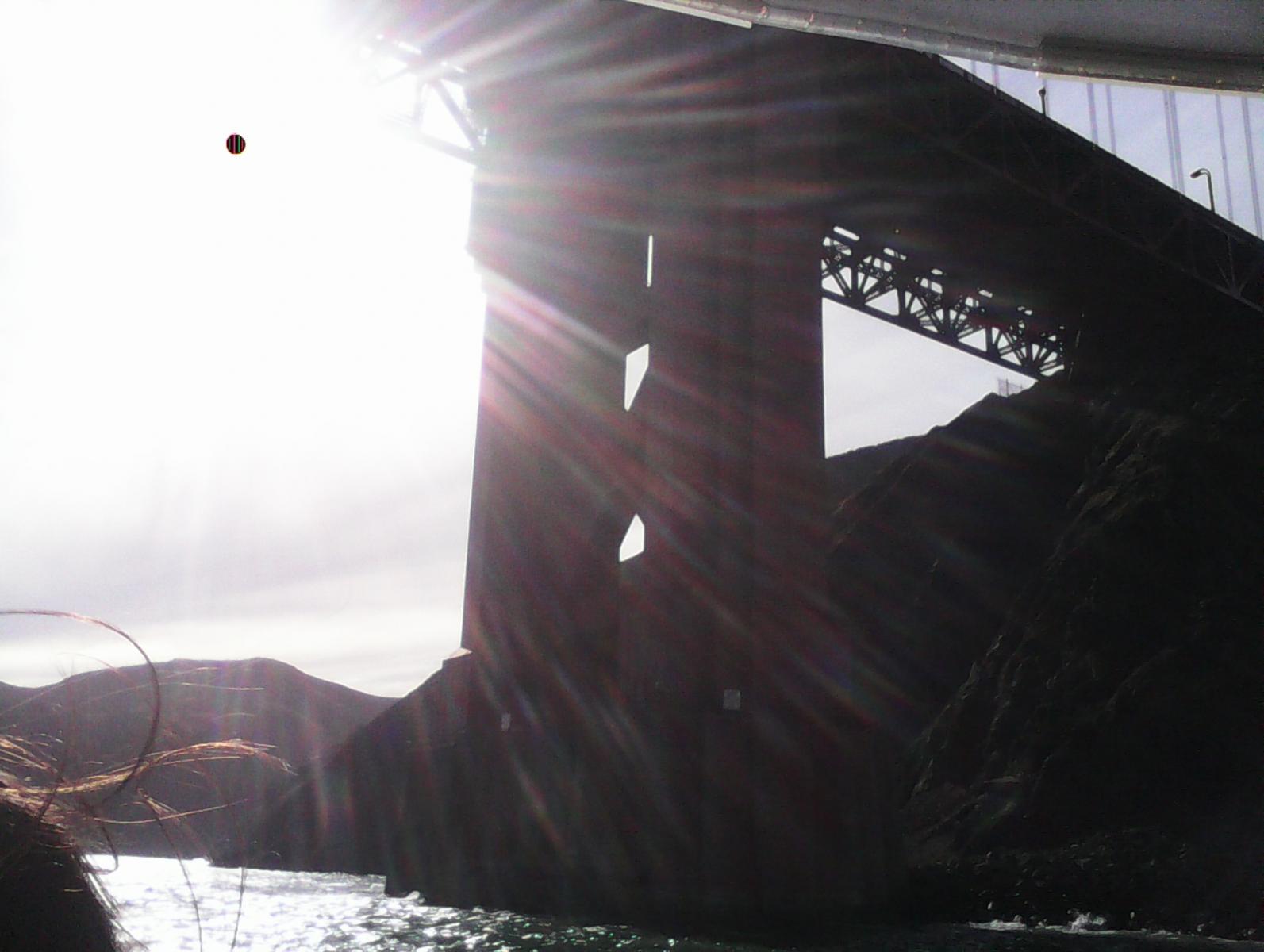 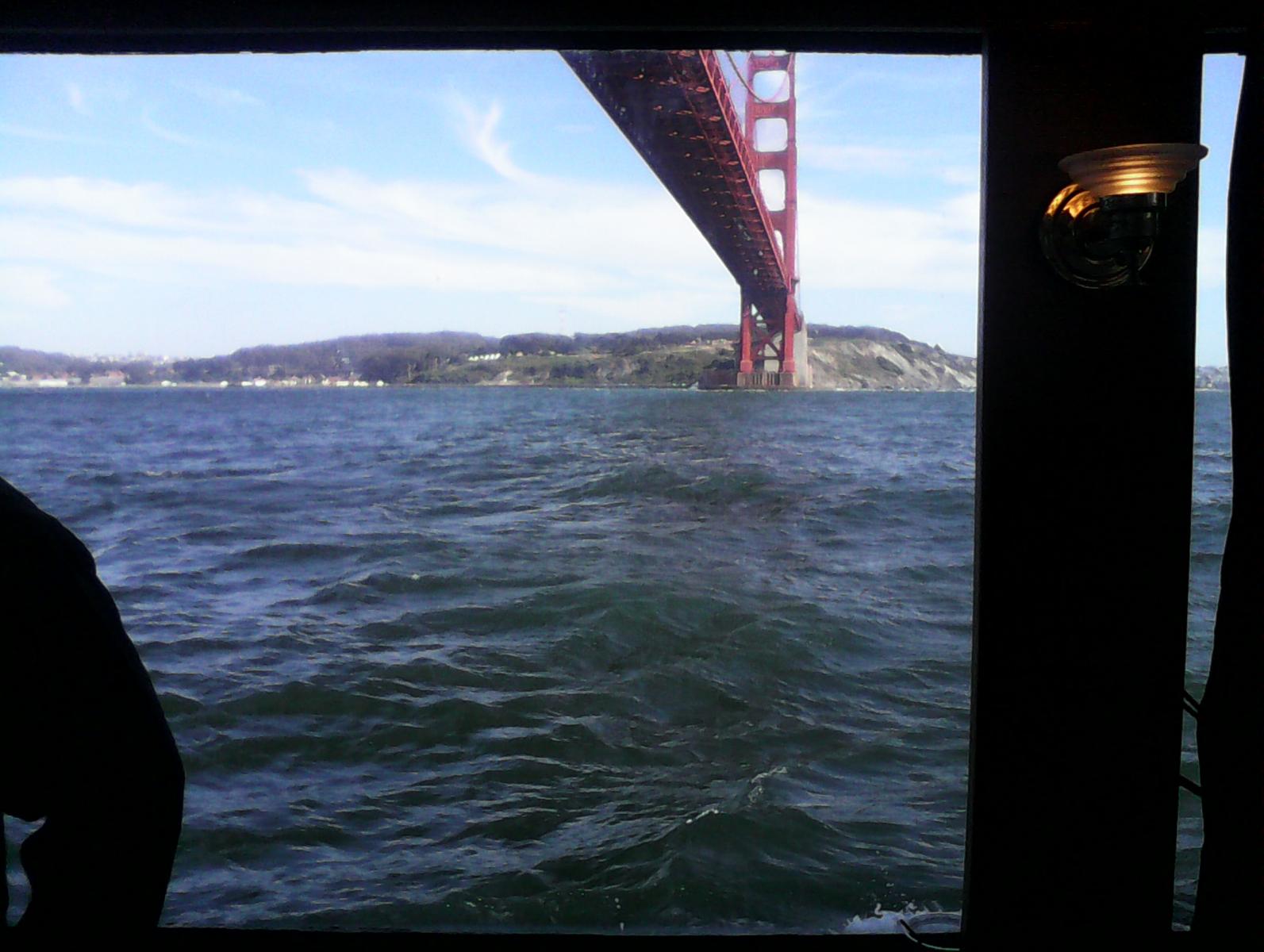 We jumped back on the bus to get to a boat (what a life!) which would make a tour of the bay while we would have dinner. Before dinner, there was plenty of drinks, virgin mojitos and the likes for the kids, and some other stuff for the grownups (no, really, you don’t want to grow up). 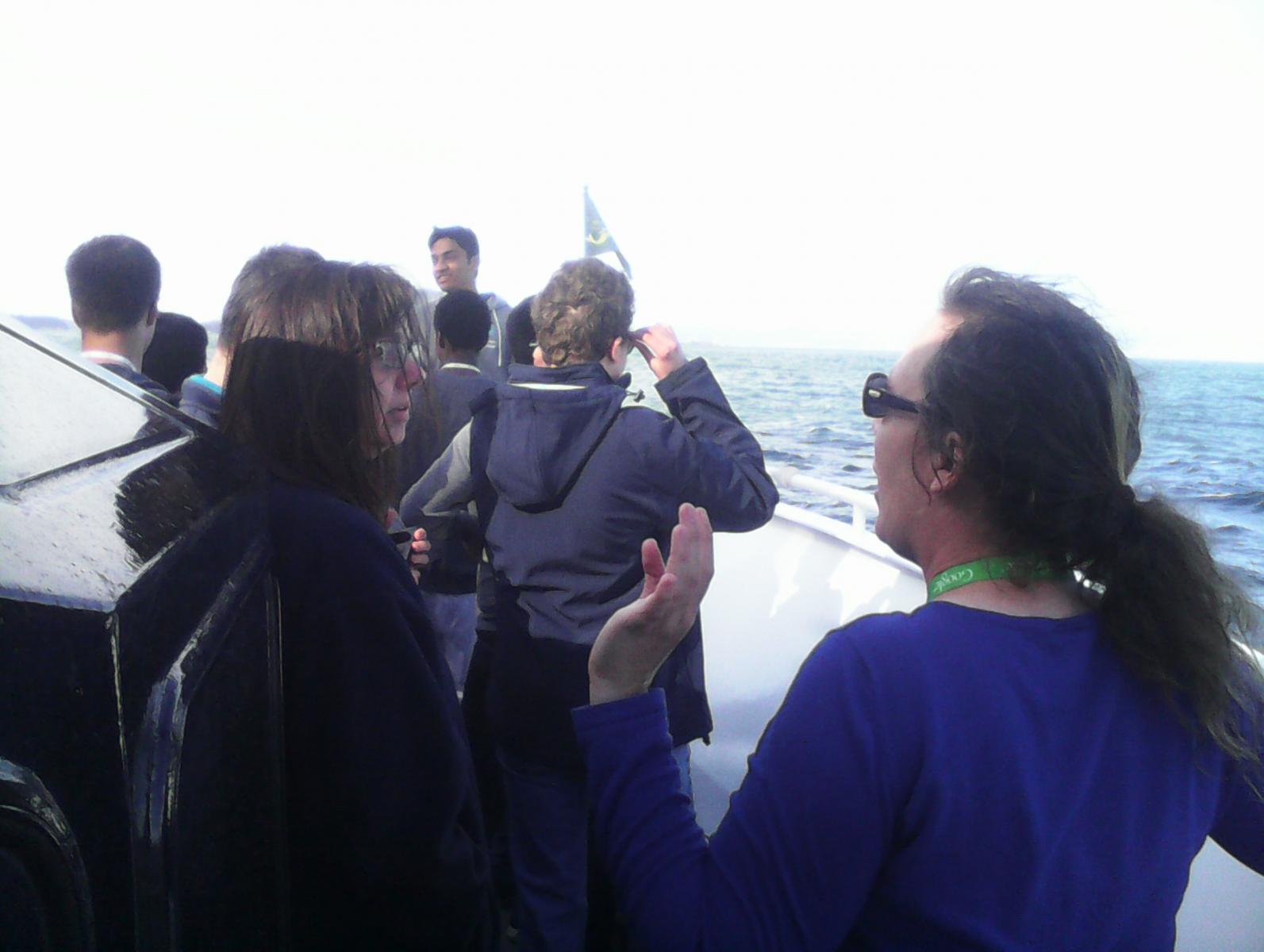 On the boat we had a lot more time to talk again, in a more relaxed fashion, although the sea didn’t really agree and played with us a bit. So after some time outside for photos, most of us got back inside, either at the tables, or on the second floor.

We also had really nice views of the bay, the islands, the bridge… 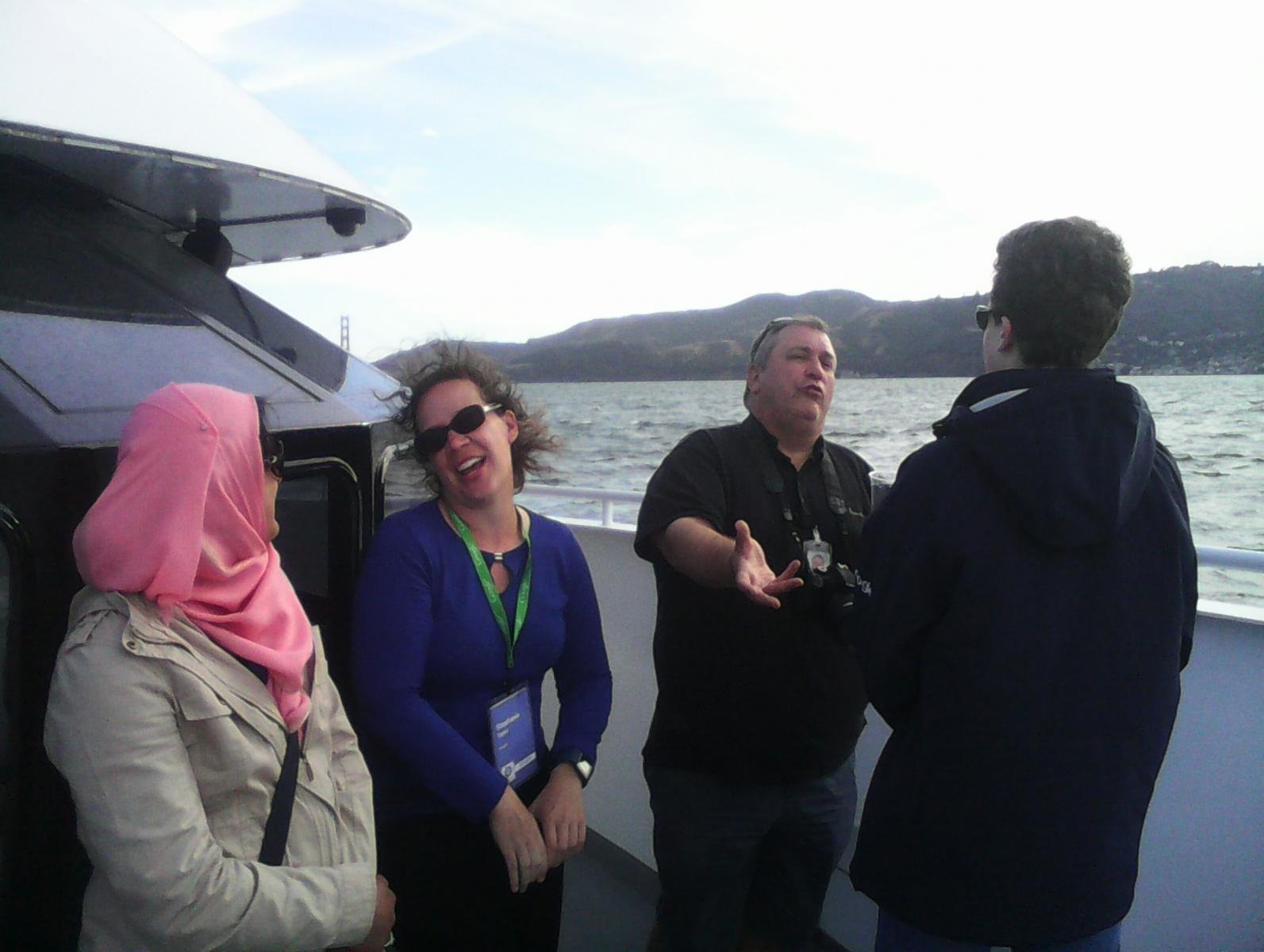 Then it was time for more food, again a nice buffet, what else to say. We also made more group photos of winners, and mentors on the upper level, next to the dance floor (which we didn’t really use due to lack of time).

By the sunset we went back to the hotel, and although we really were tired, I had the bad idea to go back downstairs and found people chatting and coding in the atrium, so I grabbed my laptop and joined them. We talked about old computers, OSes for them, like Contiki, and I showed some demos I liked.