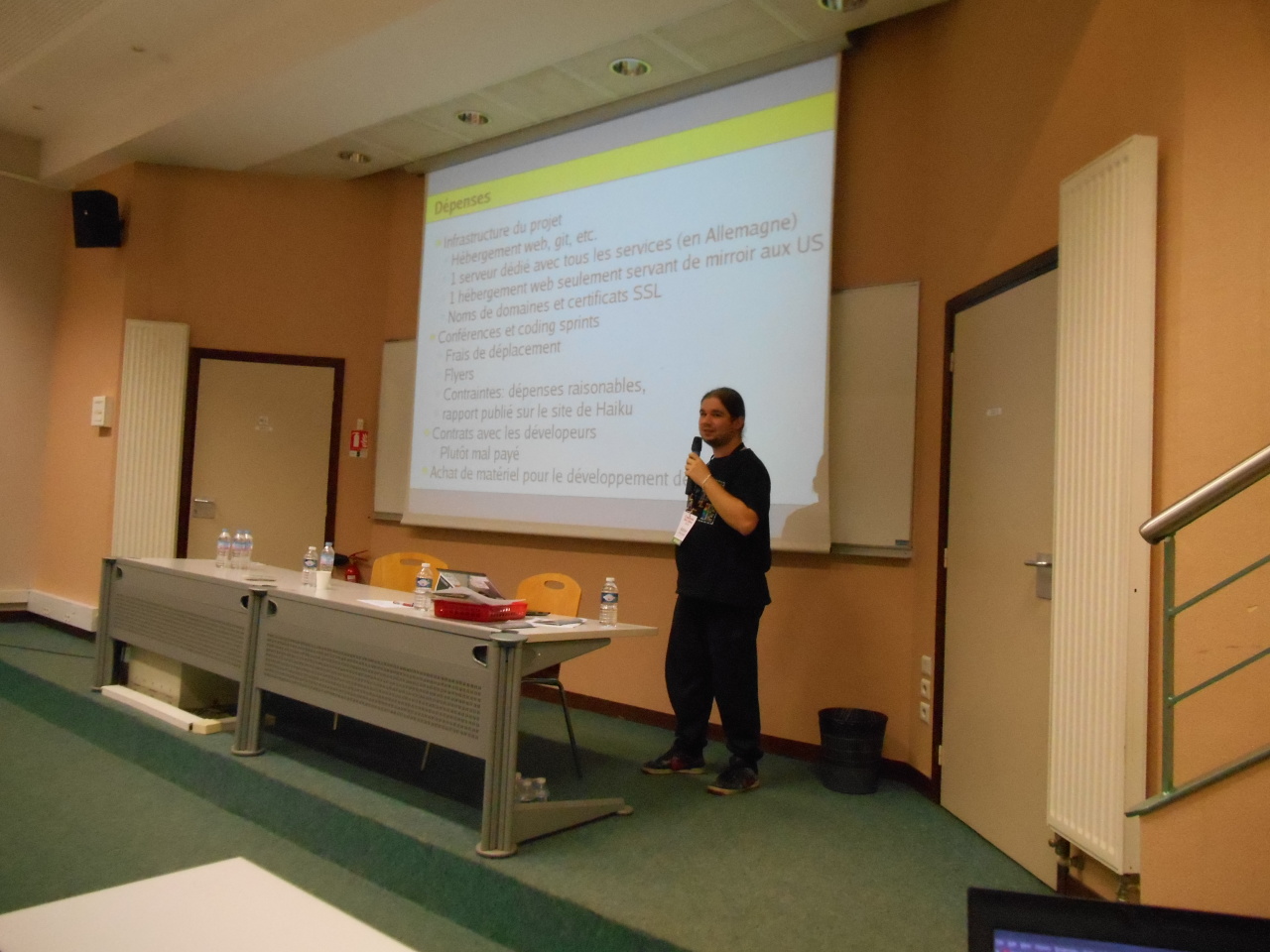 Before I forget due to the GCI frenzy, let’s take some time to write down about Capitole du Libre, which was held in Toulouse on the 19th and 20th November.

I arrived some days before the event, as I also participated in the 8th Fair Money Meeting, and Adrien was kind enough to host me this time again.

Last year the event was canceled due to the terror attacks in Paris, and ended up as the “Bazar du Libre” at the local artist squat and fablab, which was still interesting but lacked the usual booths and most planned talks.

This year was back to normal, at the usual place, and we had both a booth and two talks, one by Adrien about the Haiku community and one by me about porting apps with Qt.

Our booth was next to Silicium, a non-profit taking care of old computers preservation, they had an Apple II, and an antique laptop running 386BSD.

I tried to attend some talks but as always you have to make choices.

Since I’m also part of a LUG participating in the CHATONS initiative (a Collective of Hosting facilities which are Alternative, Transparent, Open, Neutral and Solidary), we held a meeting with other orgs to get to know each other.