Friday, I sleep surprisingly well for a first night abroad. I chose to wear a red FSFE t-shirt “There is NO CLOUD, just some other people’s computers”. At 10am I’m going out to get a donut and coffee, and try to get inside NoiseBridge. Ringing the bell didn’t really work the first time, so I had to work a bit and retry once or twice. But then I was greeted by a French guy, who gave me a tour of the space : library, soldering stations, lots of parts, two classroom, a sewing space, and soon a large cutting machine… they have the whole 3rd floor of the building! 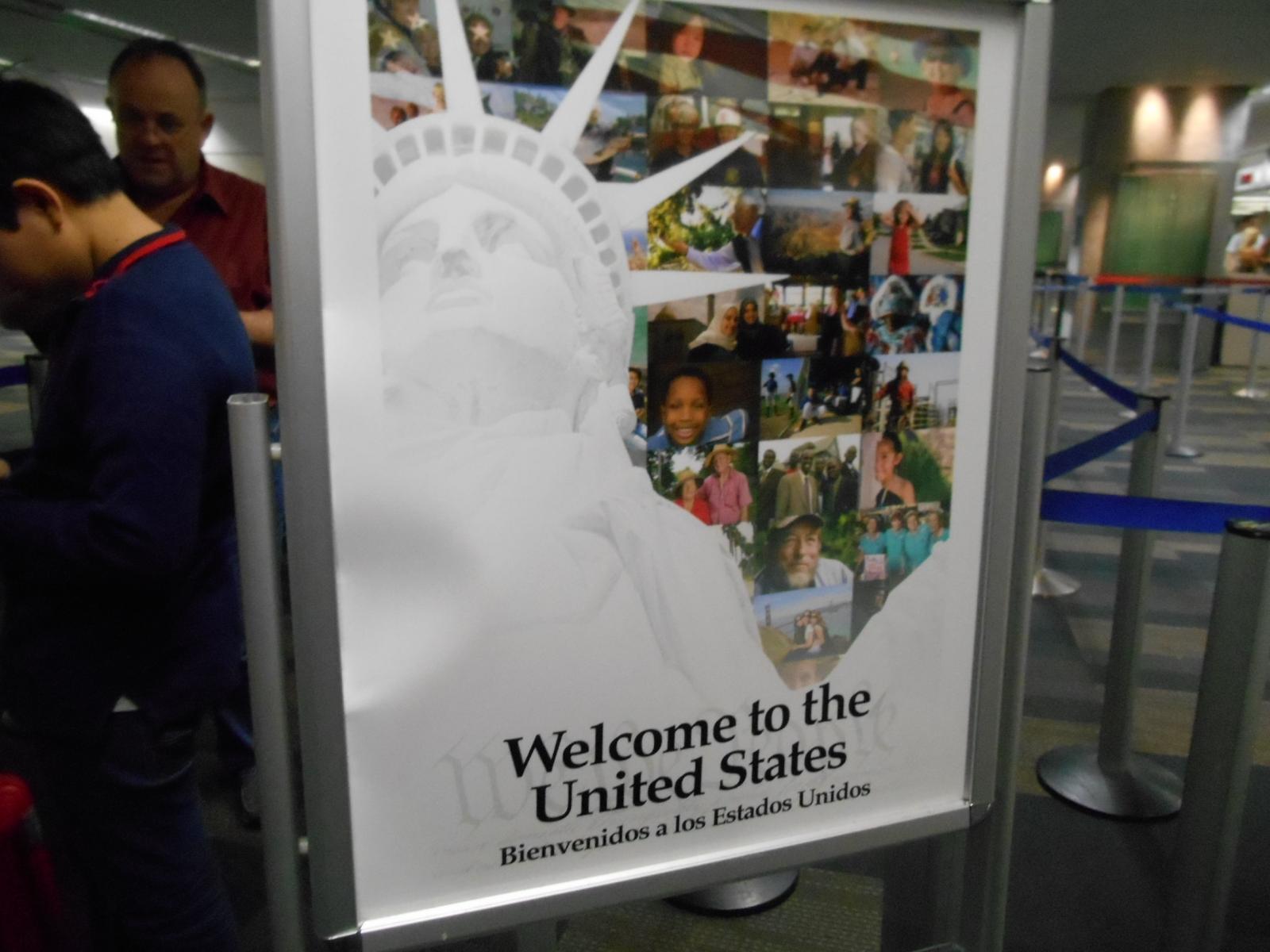 So, it’s Thursday and I’m getting a plane to San Francisco for the GCI meeting. Well, hopefully, as the French railway is on strike… Ok, my train was canceled, but another was 1.5 hours late so I managed to jump on it and arrive… at the Paris Lyon station, which meant taking the RER (oh no, it’s on strike as well), ok, the Metro to another station and then the RER to the airport. 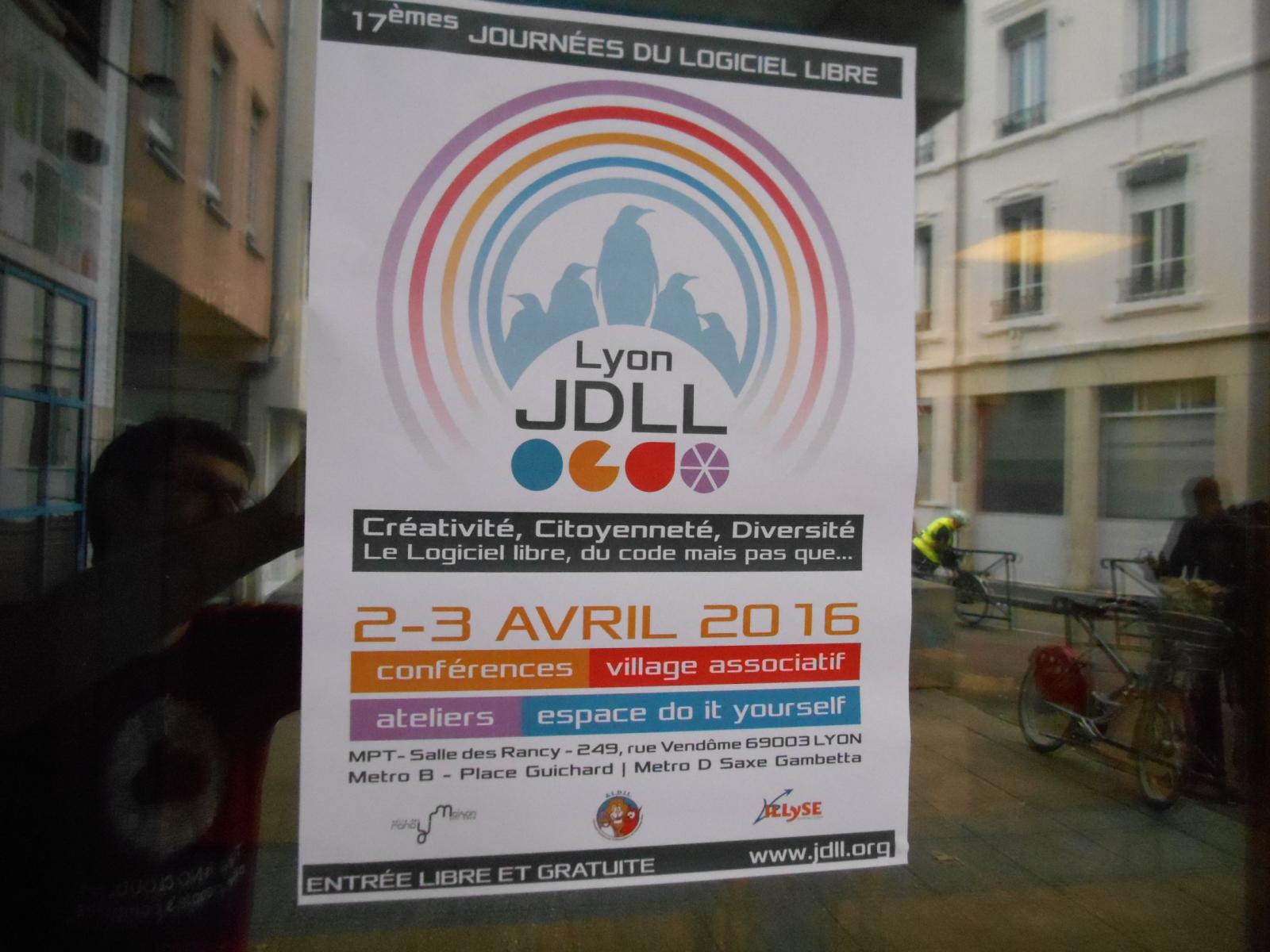 This week-end I went to the Journées du Logiciel Libre (JDLL) to hold the Haiku booth. The JDLL is a local event over two days, mostly focused at general public, with workshops and even a FLOSS gaming room for kids, but also with some highly technical and ethical talks. It also has a room with 3D printers and other maker tools. 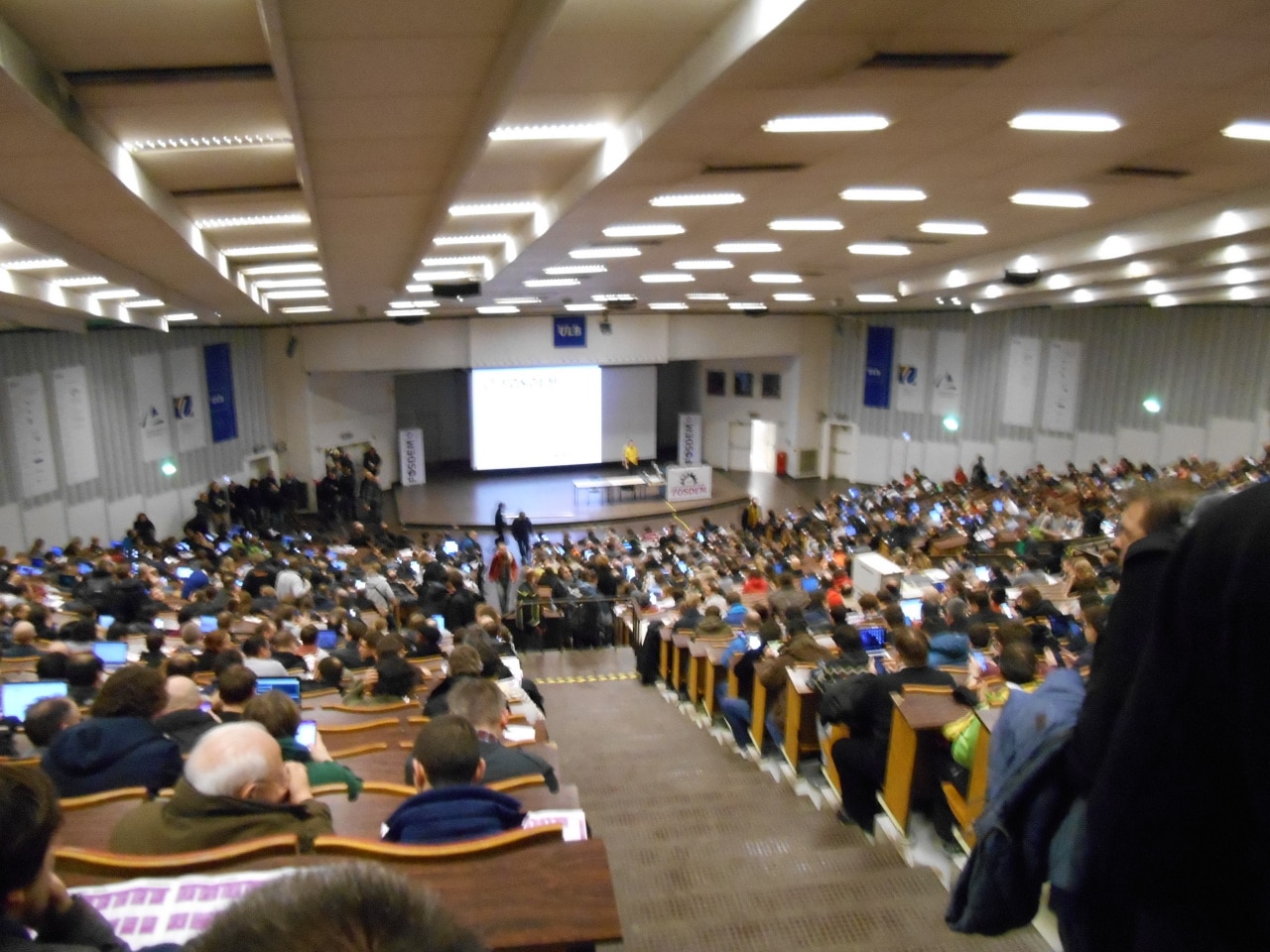 It’s been some years since I last attended FOSDEM, and I kinda missed it. I was eager to participate again, yet a bit frightened at the perspective of having to run or miss so many interesting talks happening in parallel as always. Nevertheless it was comforting to know Olivier was here as well, and we attended different sessions. 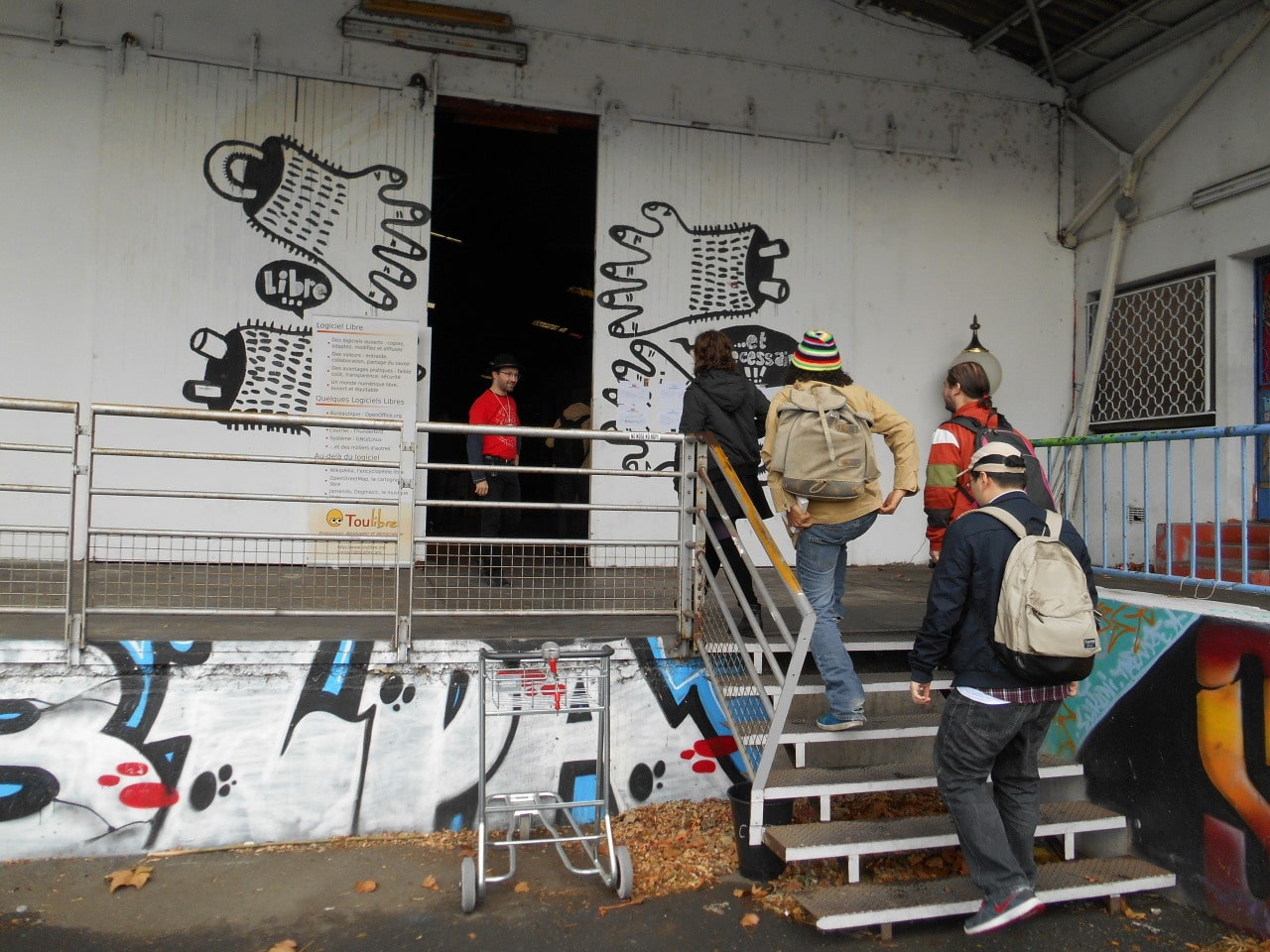 Just a quick report on Capitole du Libre, which actually didn’t happen… Well, the Toulibre team managed to turn the canceled event (due to the University administration) into a “Bazar du libre” which well, was quite different but interesting nevertheless.

I’m back from the Libre Software Meeting (RMLL), took me some time to recover from the highly packed week. Indeed, in addition to the mandatory Haiku booth, I had 4 talks to give (and so slides to finish), and I ended up being chairman for the Embedded track.

Luckily Olivier was here as well to look after the booth, even though he was also involved with the organization.

Report from the french far-west 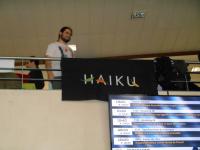 I’m heading back home from Capitole du libre, held this week-end in Toulouse, where I helped Adrien on the Haiku booth. I even just distributed two more flyers, since I’ve gone car-sharing for a change for both ways. I decided quite late, but Adrien kindly offered his sofa so I couldn’t resist. 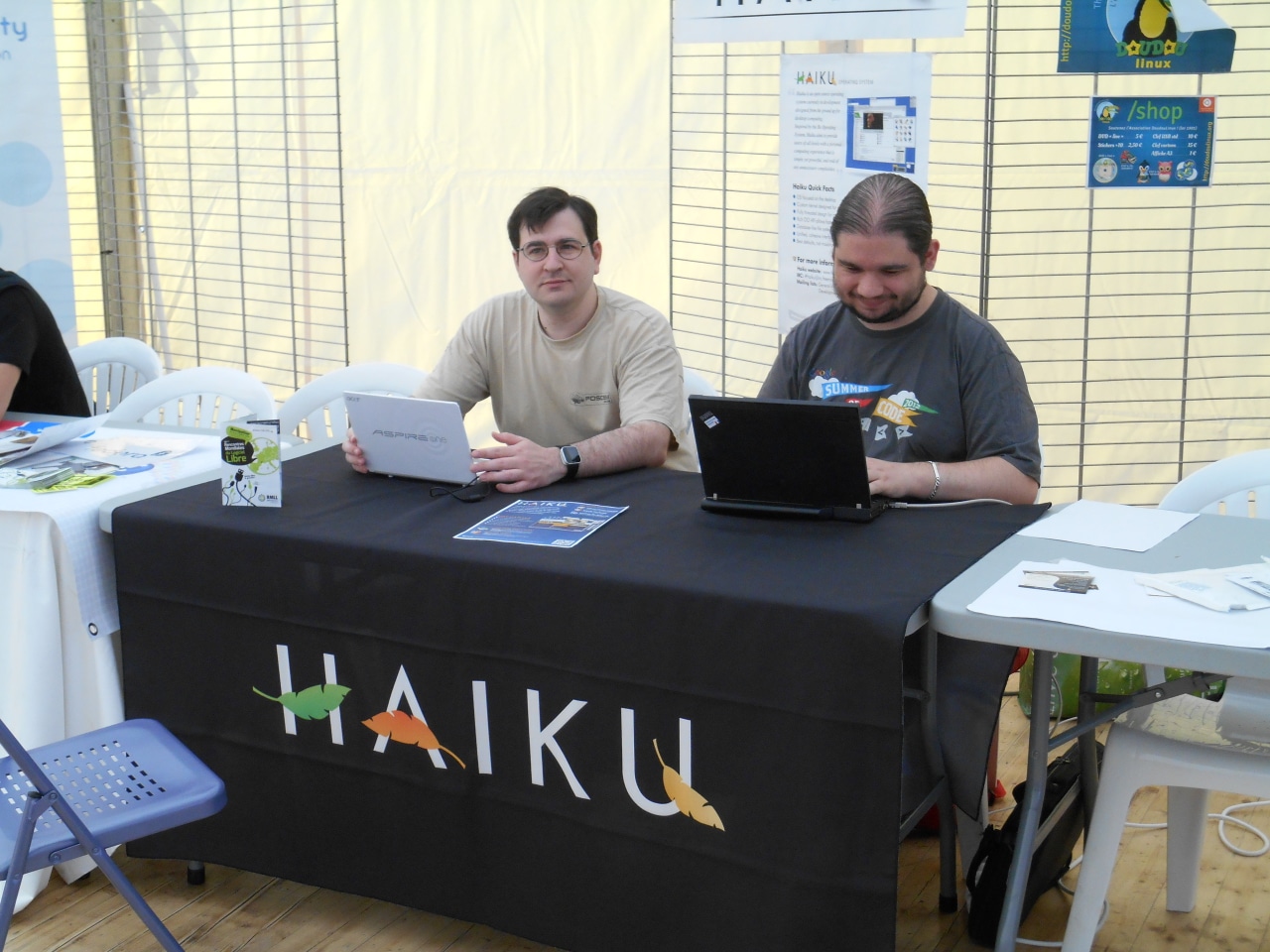 This year Haiku was all around at the Libre Software Meeting (RMLL). We had a booth for five days, a talk, and a workshop! Adrien, Olivier and I had many occasions to discuss Haiku with interested people. As for each edition, too much to see at once, lots of booths, talks and trolls. And a whole new theme for DIY as well this time.

So even though finding a room to sleep in was a bit tricky, the week was as always really filled and interesting!

A quick hello from the Alchimie X demoparty where I gave a short talk this morning about Haiku news (PM merge, Sam460 port…) ;-) Slides are here (french, sorry). Lots of fun here ! Photo by @AmigaImpact.

This year, the RMLL (Rencontres Mondiales du Logiciel Libre) / LSM (Libre Software Meeting) were held in Brussels, in the very same place where FOSDEM is held every year, although not by the same team.