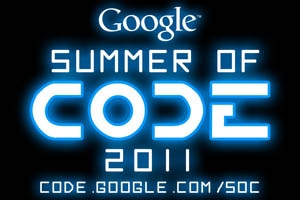 The GSoC Mentor Summit this year happened to be the weekend before BeGeistert, which allowed Matt Madia to make it to both events. This time Haiku had four mentors make the trip. Jérôme Deval flew in from Paris, Philippe Saint-Pierre traveled in from Quebec, Matt joined us from New Jersey, and I drove down from just north of the Golden Gate Bridge. Google allows two mentors per org, plus a third if the org participated in Google Code-In last year. Mentors who live nearby are allowed to sign up on a waiting list and if there's enough room Google allows them to come as well, so that's how we ended up with 4 this year. Matt and I stayed at the Domain hotel, while Jérôme and Philippe stayed at the Wild Palms. Google has a Friday night dinner at the Wild Palms so Matt and I walked over to meet up with Philippe and Jérôme, except that no one knew what Jérôme looked like. We were there for a few hours but didn't manage to find him on Friday night. On Saturday morning we hopped on the Google buses and headed over to the Googleplex. We finally met up with Jérôme at breakfast. After breakfast we headed over to building 43 for the start of the unconference. There were several interesting sessions posted, including one hosted by Philippe on software patents. Over the two days we sometimes went to sessions together and other times split up. While looking for one to attend for the last session on Saturday we didn't find one that sounded interesting so we posted Haiku on one of the empty slots for a room that could hold 8 people. The four of us headed over and so we could talk about Haiku. We were joined by a couple others who were interested in hearing about what was new with Haiku, so we talked and answered their questions and showed off a few things. 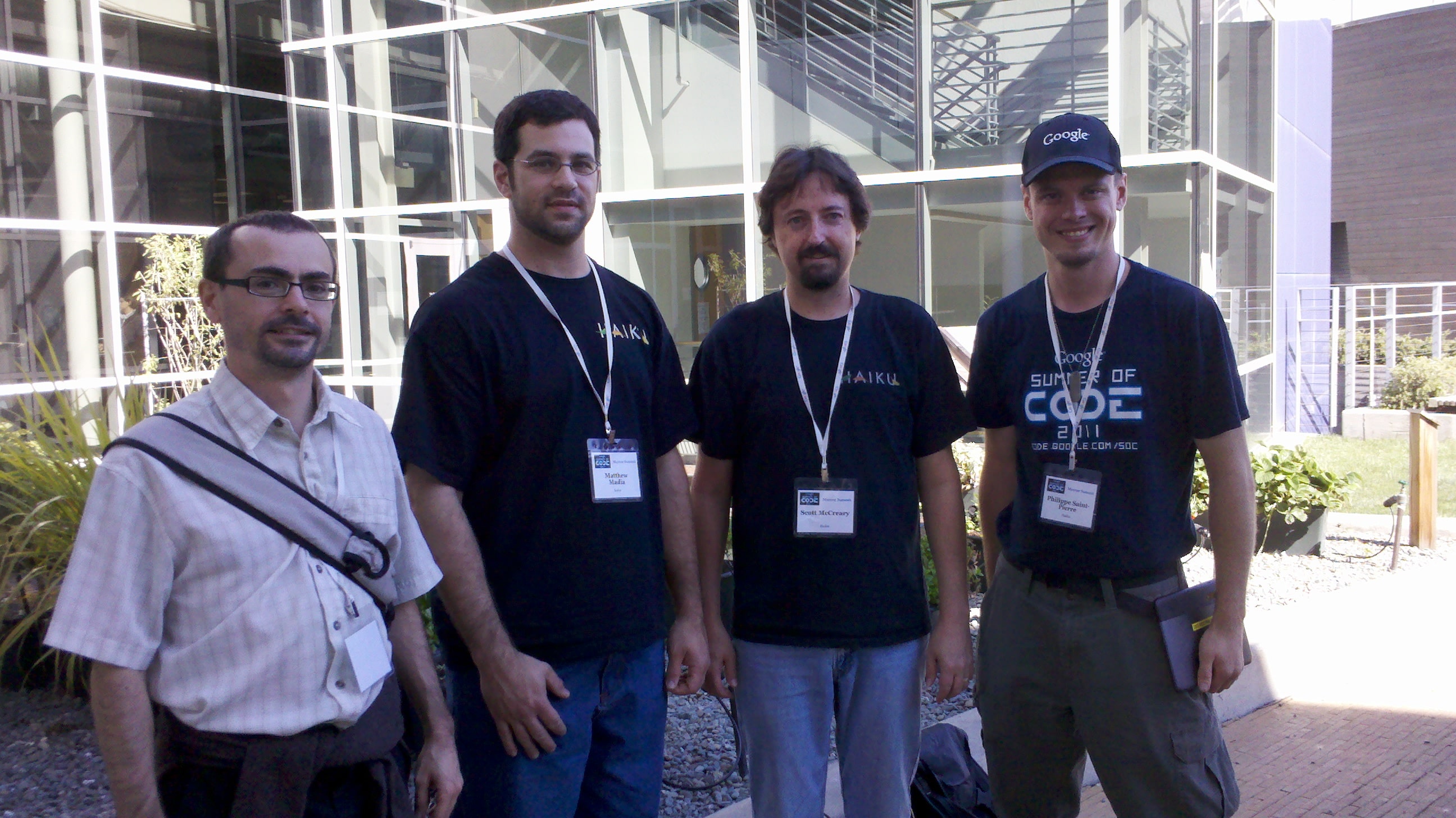 Saturday night Urias joined in, having driven 3+ hours to meet up with us. On Sunday after breakfast we ventured over to the android statues for some pictures. 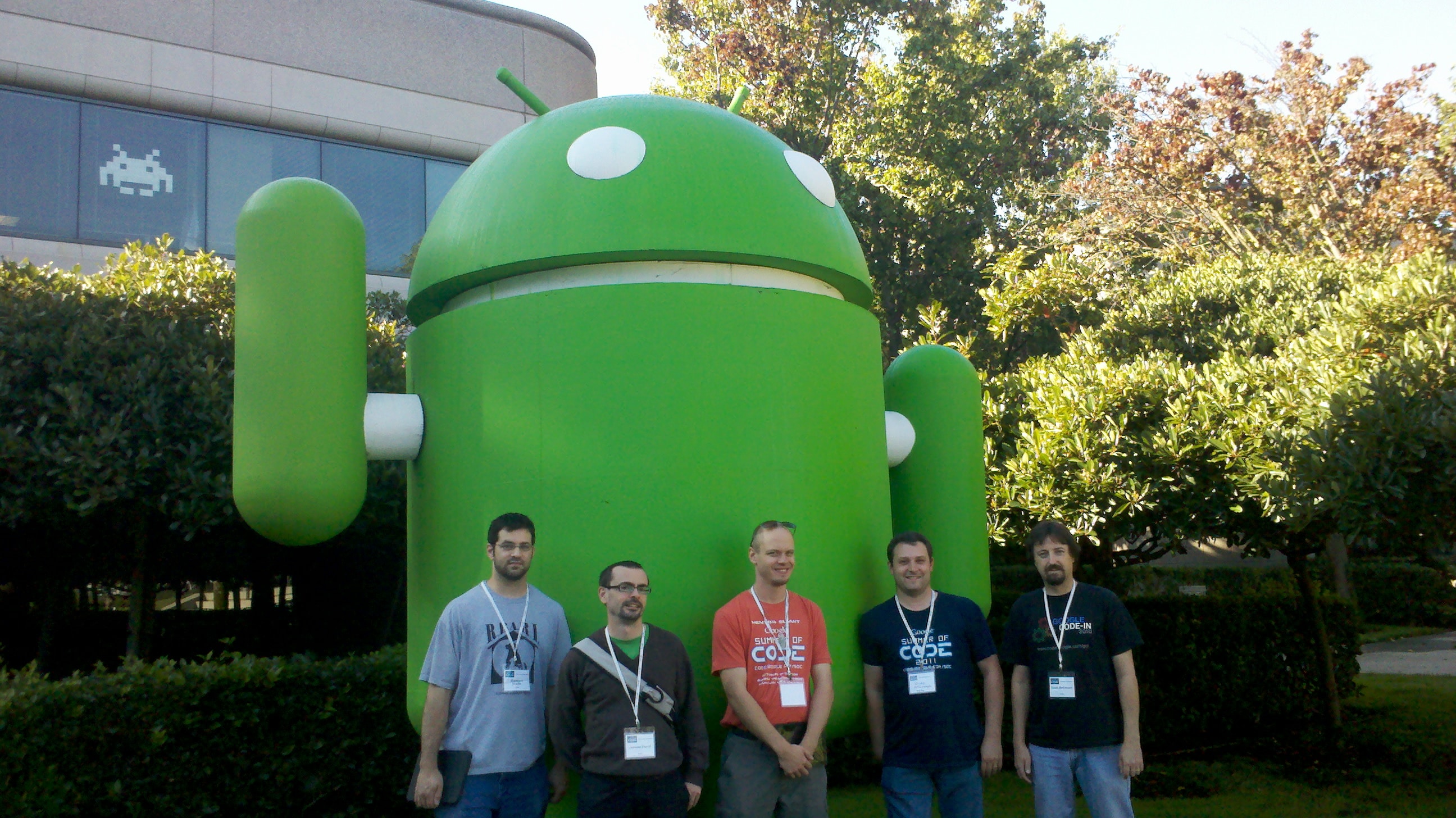 We later attended what has now become a yearly mentor summit tradition, the Open Source Operating System Session. This year's session featured about 25 mentors from at least 9 different OSes. We went around the room discussing what's new with each one in the last year or so and ways that we could help each other. There was at least one new comer, IluminOS which I think is where Open Solaris migrated to. Philippe's session on software patents was at the same time as the OS Summit, the notes from that session and most of the other sessions are posted on the mentor summit wiki:
GSoC Mentor Summit 2011 Session Notes
It was a fun weekend and was great to meet up with each other. Google was, as always a great host and we thank them for GSoC and the mentor summit. 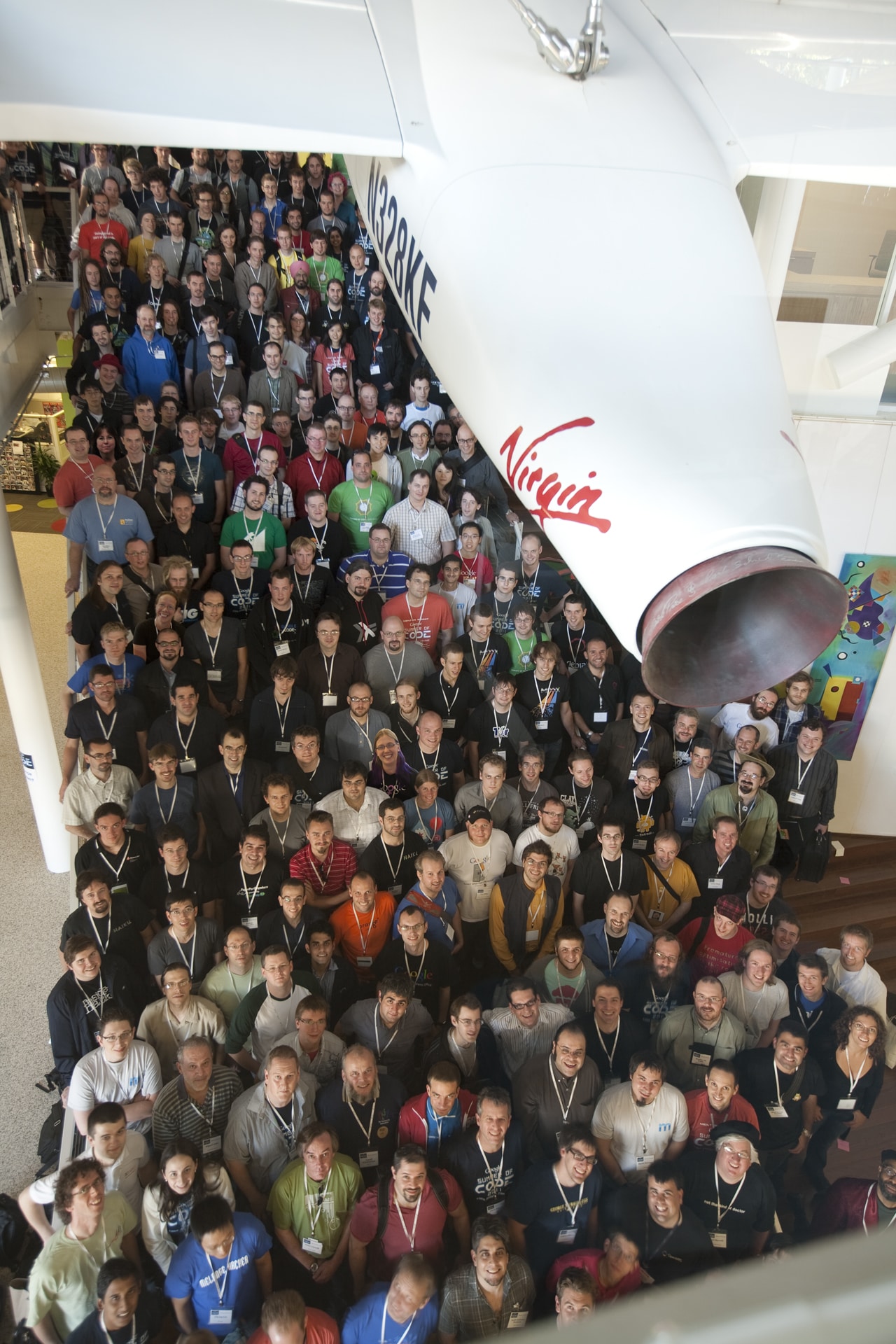