As is the usual way of things, the monthly Activity Report is hereby combined with my Contract Report.

David Karoly, who has been doing a lot of work in and around the ARM ports, was granted commit access last month. Welcome to the team, David!

Most of waddlesplash’s time last month was spent on reworking various kits, applications, and libraries to better support Hi-DPI environments. Haiku has had partial support for this for some time, but there have been shortcomings which lead to not all metrics being properly scaled, leading to lots of applications displaying strangely at larger font sizes and DPIs.

Since a picture is worth a thousand words, here are three screenshots: the first without any scaling, the second what things looked like at 2x scale before last month’s work, and the third after last month’s work: 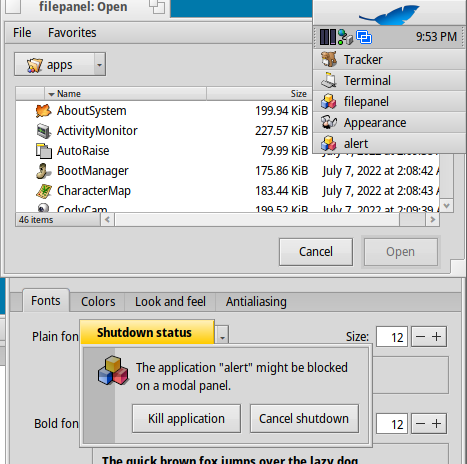 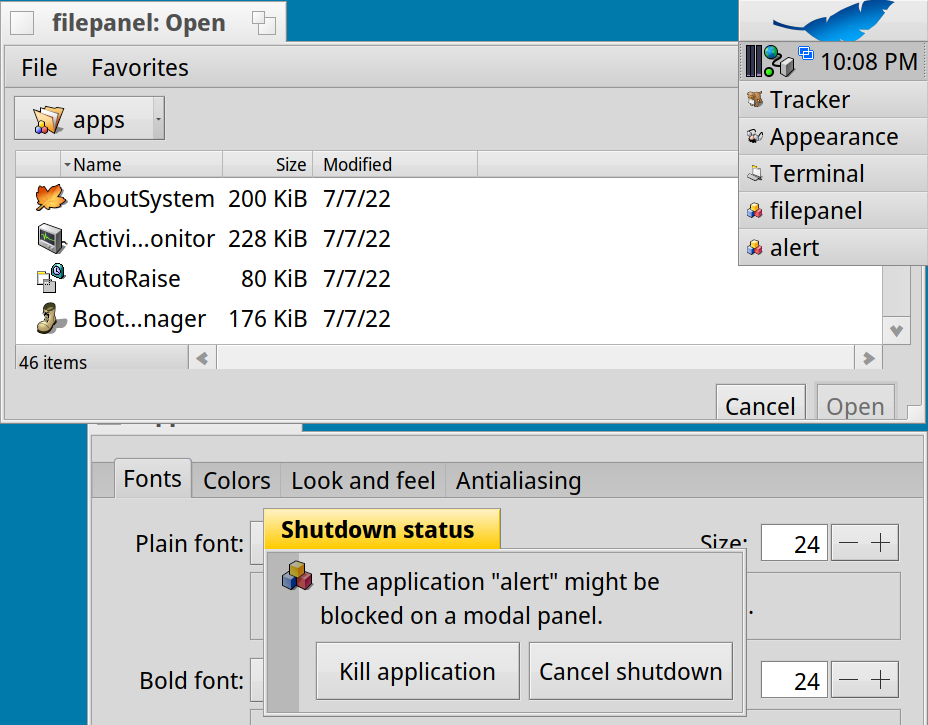 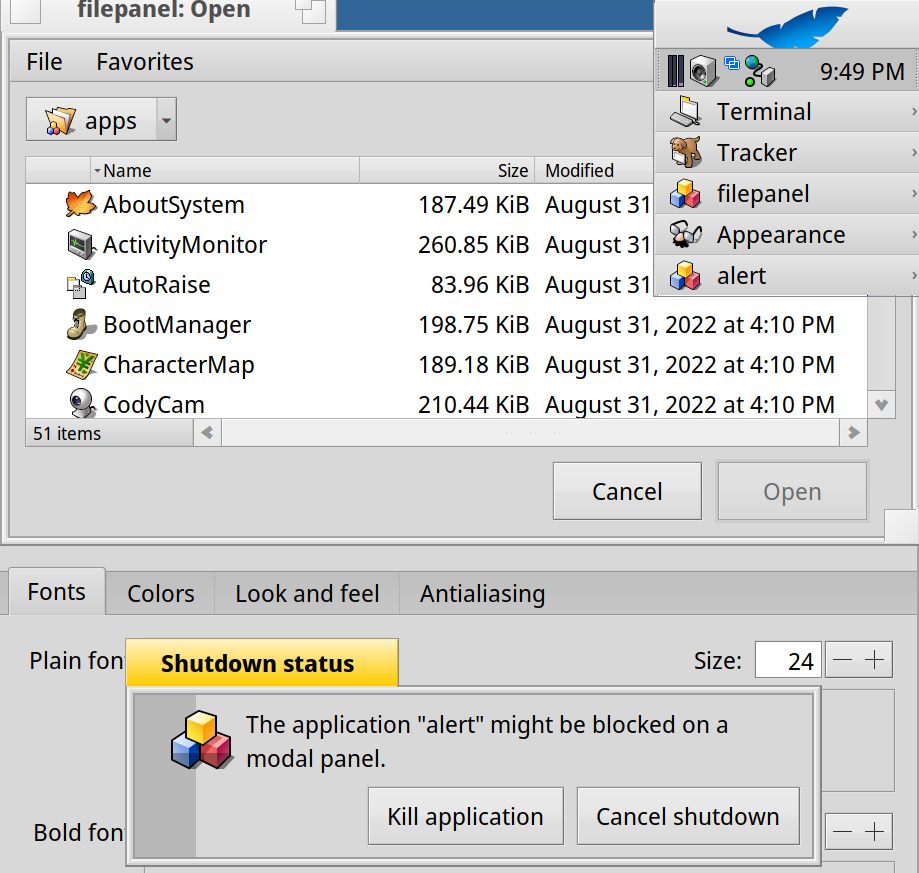 The list of observable differences between default-DPI and high-DPI Haiku is now much smaller than it was previously.

Jim906 made Tracker’s Info window display details about the filesystem type, when invoked on a Volume directly.

PulkoMandy updated the lists of active and past contributors in AboutSystem.

jsteinaker added a shortcut to cycle through tabs in WebPositive, much like most other browsers have.

apl fixed a crash in HaikuDepot when images cannot be loaded.

waddlesplash changed all the views in Debugger that display addresses to use a monospace font instead of the default display font.

korli improved the intel_extreme modesetting driver on some Gen-12 models.

korli disabled some non-working devices in the radeon_hd modesetting driver. kallisti5 and korli fixed memory computations in for newer cards in it, fixing crashes and getting some devices closer to working.

waddlesplash fixed a NULL-dereference panic that occurred when trying to mount certain packages in packagefs.

waddlesplash fixed some more of the “can’t connect” problems that occurred on OpenBSD WiFi drivers, and also fixed saving WPA passwords when using them.

madmax reworked font cache locking in app_server to fix a deadlock in glyph layouting which occured in some applications.

More work was done on the XFS filesystem as part of the GSoC project.

jscipione made the B_WORKSPACE_ACTIVATED notification message be sent to child views and not just the root view of a window by default.

waddlesplash adjusted the entry-caching system (part of the kernel’s filesystem caching systems) to use larger cache sizes when there is more memory available, and also fixed a bug that was causing locking to occur far more than necessary. This improves the performance of things that search around the filesystem a lot, like compiling or git, somewhat.

waddlesplash fixed a race condition in the core thread scheduling logic which was causing deadlocks on some systems or under some settings. This bug was exposed by the change a few months ago which fixed the thread profiler; it seems to have existed all the way back to the import of the new scheduler in 2013 or so. In addition to fixing full-system hangs, this also was observed to give a 10% performance improvement (!) in some workloads.

korli fixed the kernel implementation of the set_memory_protection syscall to validate the passed flags correctly. He also made putenv catch more invalid strings as errors, and added some more checks to the userland-to-kernel iovec-copying utility routines introduced recently.

waddlesplash fixed a KDL in the VFS that occurred when using FIFOs in some rare scenarios. He also added some more information to assertion panics in the VFS layer to help with debugging.

waddlesplash cleaned up some inline assembly definitions inherited from BeOS in public headers.

Are we beta4 yet?

The only remaining true “blocker” issue is one more WPA-connection-related one which I will likely fix this month (if I can manage to reproduce it.) There is also another blocker related to performance problems on 11th-generation Intel CPUs, but nobody has replied to korli’s request for testing in some time here, so that may be kicked down the road due to a lack of testers. Otherwise, there does not seem to be anything else remaining.

So, likely at the end of this month or the beginning of next, I will begin the beta4 release process. If you know of any other critical regressions from previous releases or other problems that deserve to be fixed before the beta, speak now…

Thanks once again to all the donors who make my contract possible!