FOSDEM is a free and non-commercial event organised by the community for the community. The goal is to provide free and open source software developers and communities a place to meet to:

Participation and attendance is totally free, though the organisers gratefully accept donations and sponsorship.

Once again the Haiku team assembled for FOSDEM. It is the largest open source conference, so we have to be there! And it’s great meeting the other people too.

This year the booth was run by mmu_man, oco and PulkoMandy. We had visits from korli, KapiX, puckipedia, roptat and Charlie Clark as well. It’s nice to see this much Haiku contributors around! 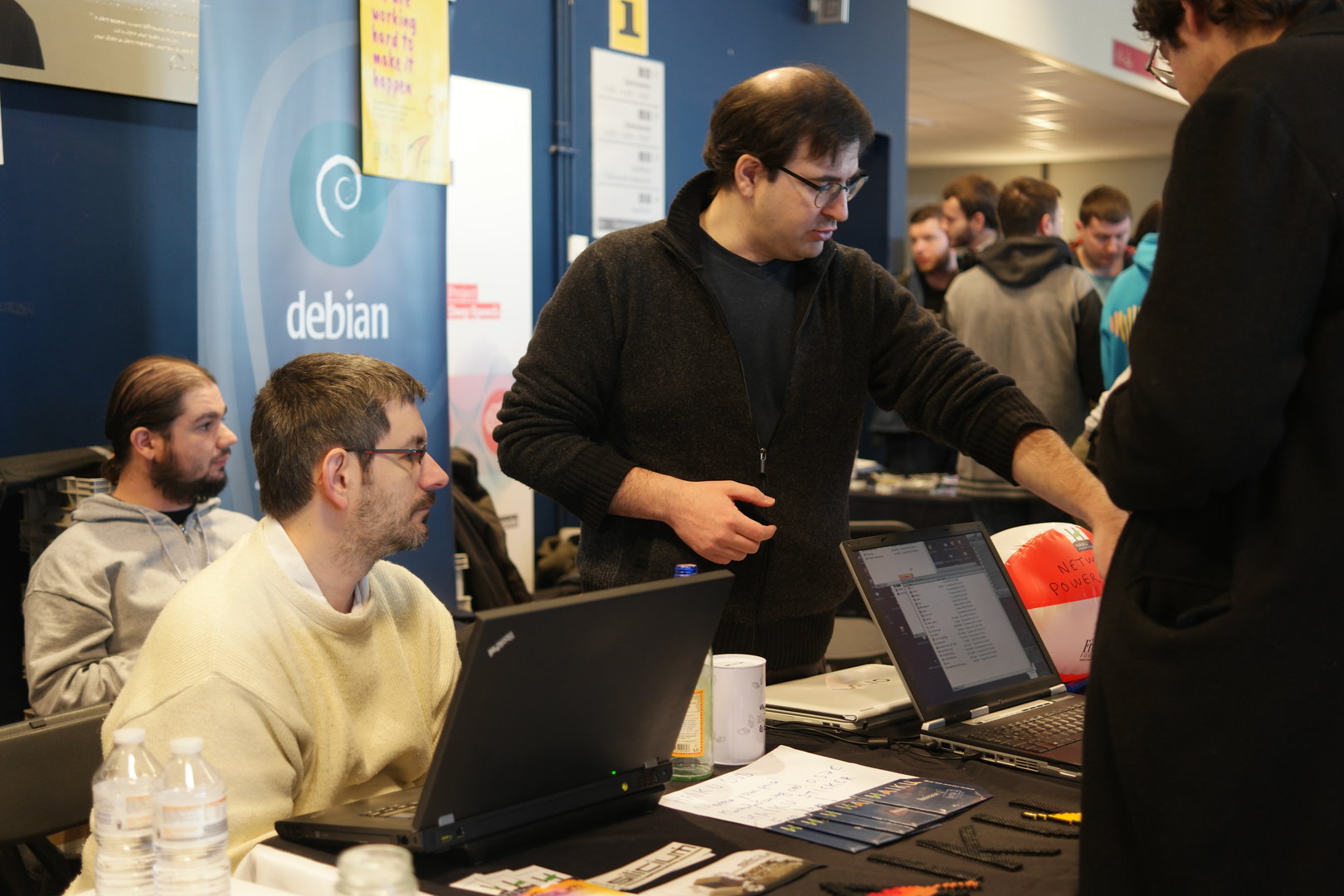 We were just next to the Debian table where they were selling a lot of goodies, so we had a lot of people look at Haiku while waiting for them to be available. 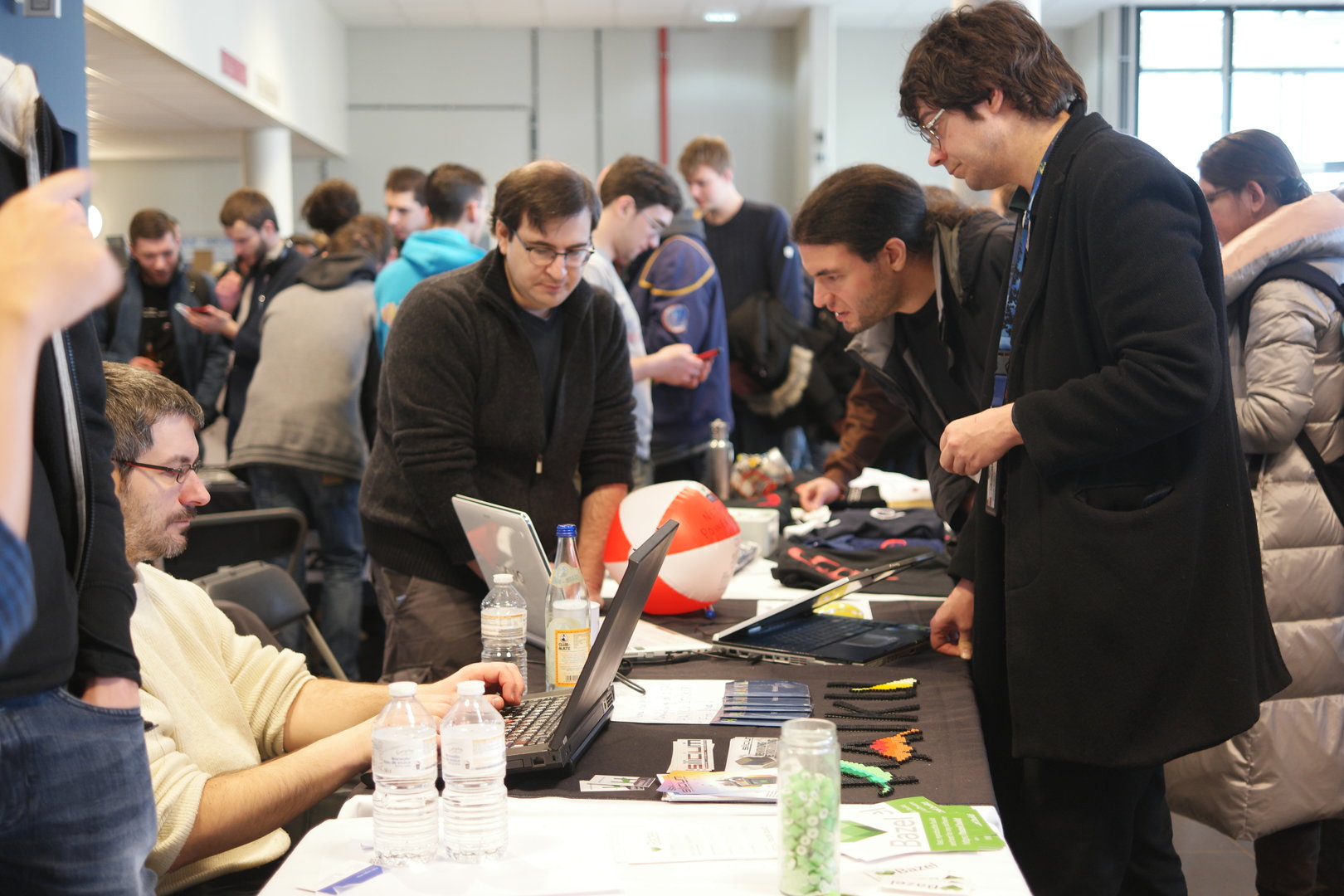 For the first time, we had DVDs to sell! (if you missed the opportunity, don’t worry, you can also contact PulkoMandy for an online order). The DVDs sold quite well, almost refunding the manufacturing costs. We hope to do that and have some benefit left after JDLL in april.

We got the usual visit from people who never heard about Haiku, but this year we also had people who tried to install it, some with success, other asking for help with their laptop. We also had visits from friends of Benoit Shillings, as well as one developer who once worked on GoBe Productive.

The FreeBSD fundation kindly offered us one of their promotional beachballs, to celebrate our reuse of the FreeBSD network drivers. Unfortunately we were quite busy at the booth and had little time to chat with them (or visit much of the other tables). 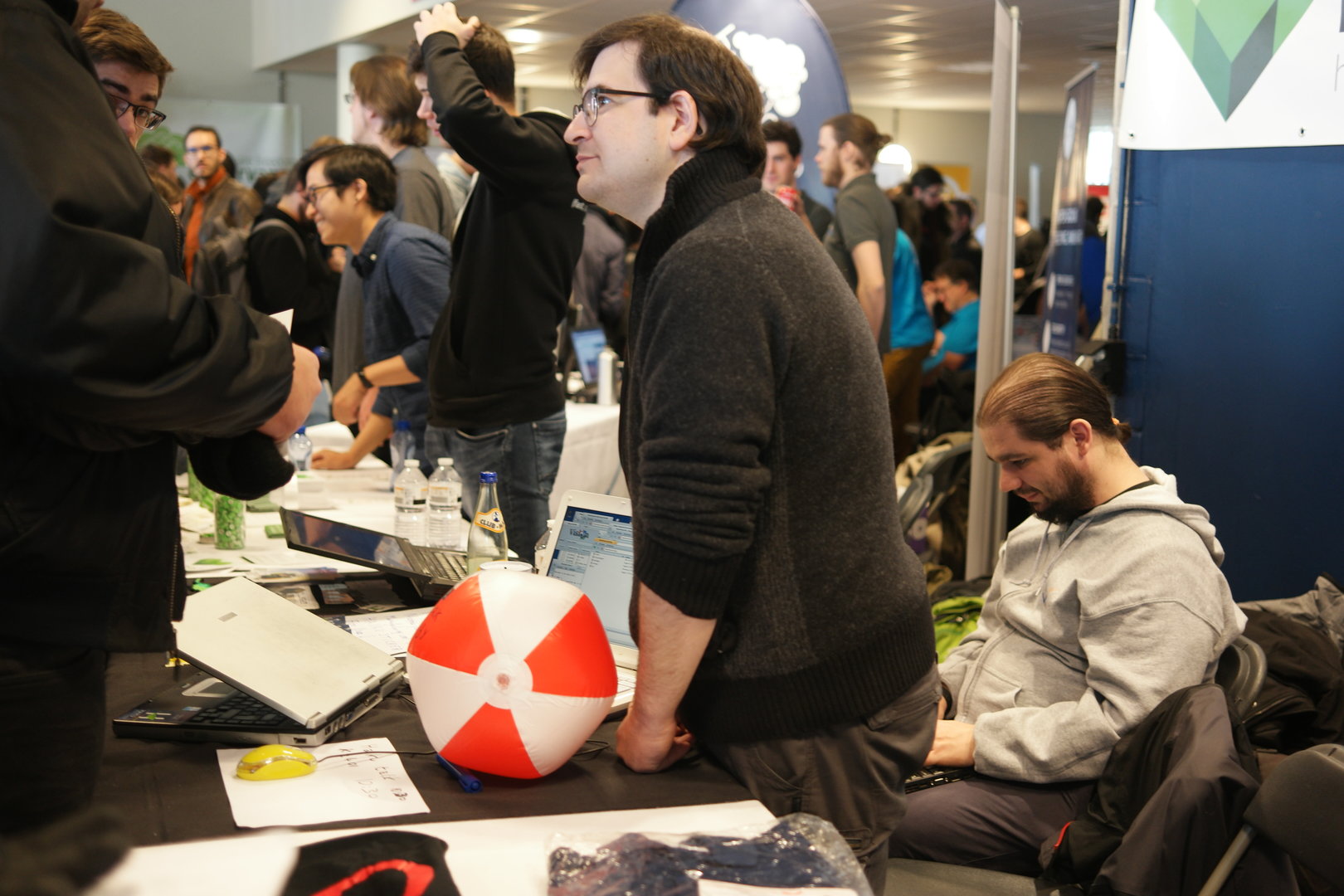 mmu_man gave a talk about the struggles with porting Haiku to new hardware. Unfortunately, video problems delayed the talk by 15 minutes, leaving not much time for questions (FOSDEM schedule is incredibly packed and tolerates no delays, so it was not possible to steal time from the following talk). The room was quite full, as usual with FOSDEM (there is really a lot of people attending).

We ran the usual demo on mmu_man’s antique Pentium M with 200MB of RAM. People are starting to complain a lot about this, so maybe we should consider an update of our demo machine (I have some candidate laptops for this).