Switch to XEmacs and fish

On this first of April, the main Haiku developers wish to announce an important change that will likely increase user friendliness of the overall Haiku experience. We are a bit late to report the news due to the excitement and the required planification work, but we hope everyone will enjoy the move.

First, many system applications will be replaced by XEmacs, which is already being ported to Haiku:

While removing those applications might not balance the required space for XEmacs, we believe it is for the greater good.

Also, since we believe Haiku to be powerful enough to rival the technology created by the Ancients, the default font will be changed to anquietas.ttf to help all the smart people that Haiku users are to learn the language of the creators of the stargate.

Here is a screenshot giving you an idea of what the new Haiku desktop will look like, including a brand new color scheme thanks to our Theme Manager: 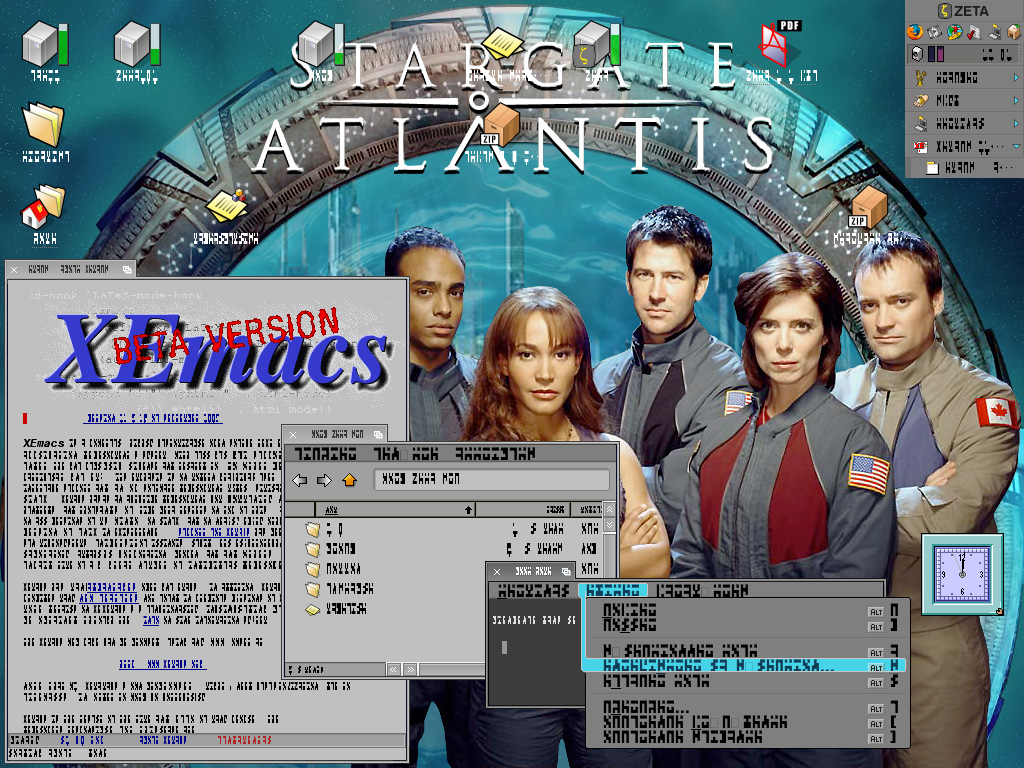 Haiku users will finally be able to exercise all the keys on their keyboard, including Escape, Meta, Alt, Control, Shift.

Moreover, in order to make terminal interaction easier on the user, the default shell will be changed to the Friendly Interactive Shell (fish). Likely this new setup will help users feel welcome to our wonderful operating system !