Two contractors, each for two months! 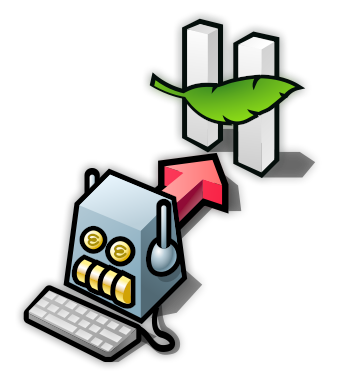 That's right -- Oliver Tappe and Ingo Weinhold have been accepted for individual contracts![1, 2] Each of them will be working for two 160 hour periods. That adds up to an additional 640 hours of dedicated HAIKU development time for a total cost of €8,000 EUR. The area of focus will be Haiku's package management. (See A brief summary of HAIKU's package management. for an explanation of how package management will work.)

Hopefully, these contracts will start in Dec. 2012. Given the delay between this announcement and the expected start date, there will be another reminder upon the actual start of the contracts. (Or if something unexpected comes up, an announcement for that.)

As both expect to start at the same time, this could be a tremendous productivity boost. Not only will they both have the opportunity to dedicate large blocks of time specifically for developing Haiku, but each of them will be working on the same project! Both of their minds would be in tune with their immediate tasks at hand and the larger picture. That would make bouncing ideas (and obstacles) off of each other that much more effective. It is specifically the nature of Haiku, Inc.'s contracts that fosters this type of cooperative development in a for-pay scenario. Instead of simply rewarding the completion of a product (without care for the implementation or the implications of future works), these contracts allow the developers to ensure their contribution is implemented with the future of the project in mind.

As there are over 2,000 open tickets for R1, there clearly are numerous areas of Haiku that are in need of improvement. However, so long as the contract proposals are for R1 items, it is not the practice of Haiku, Inc. to give preferential treatment to particular projects. Haiku, Inc. is always interested in receiving contract proposals.

If you appreciate these contracts and want to see additional contracts to accelerate the development of HAIKU R1, then spread the word and donate today!