Dedication asks each of its adherents to have faith even as time and energy pass through from one year to the next. Dedication brings with it a variety of challenges, but also rewards. Dedication is something most people claim to have, but few readily exhibit it in the face of adversity. As of today, Aug. 18, 2021, the Haiku Project is celebrating two decades of dedication, marking the 20th anniversary of the founding of the Haiku operating system and the start of this ride to save, maintain, and expand upon the BeOS legacy it spawned from.

Many things have changed since that Aug. 18, 2001 mailing list message bringing together the teams that would found what was originally called OpenBeOS. The first version released eight months later was even just called “app_server prototype 5.” In 2004, the name permanently changed to Haiku to avoid any conflict with the remaining trademarks on BeOS.

Haiku remains one of the few remaining non-Unix open-source operating systems available today. It has gone beyond just maintaining binary compatibility with old BeOS code to becoming a powerful, workable operating system of its own.

It wouldn’t be possible to get to where we are today without the generous contributions of those who have donated over the years, as well as the hard work and dedication the contributors, developers and volunteers have put into the Project over the last two decades.

So say a verse celebrating Haiku! And to the next 20 years!

We’d like to announce that Haiku merchandise will be available sometime in September, with special-edition 20th Anniversary merchandise available for purchase for a limited time when ordering goes online. More details will be announced on the website, so stay tuned.

For the curious, you can have a look through some of the important milestones in the Project’s history here.

We’ll end with a visual juxtaposition to show just how far we’ve come; on the left is a very early picture of the OpenBeOS shell, on the right is a more recent image of Haiku with a few apps running. 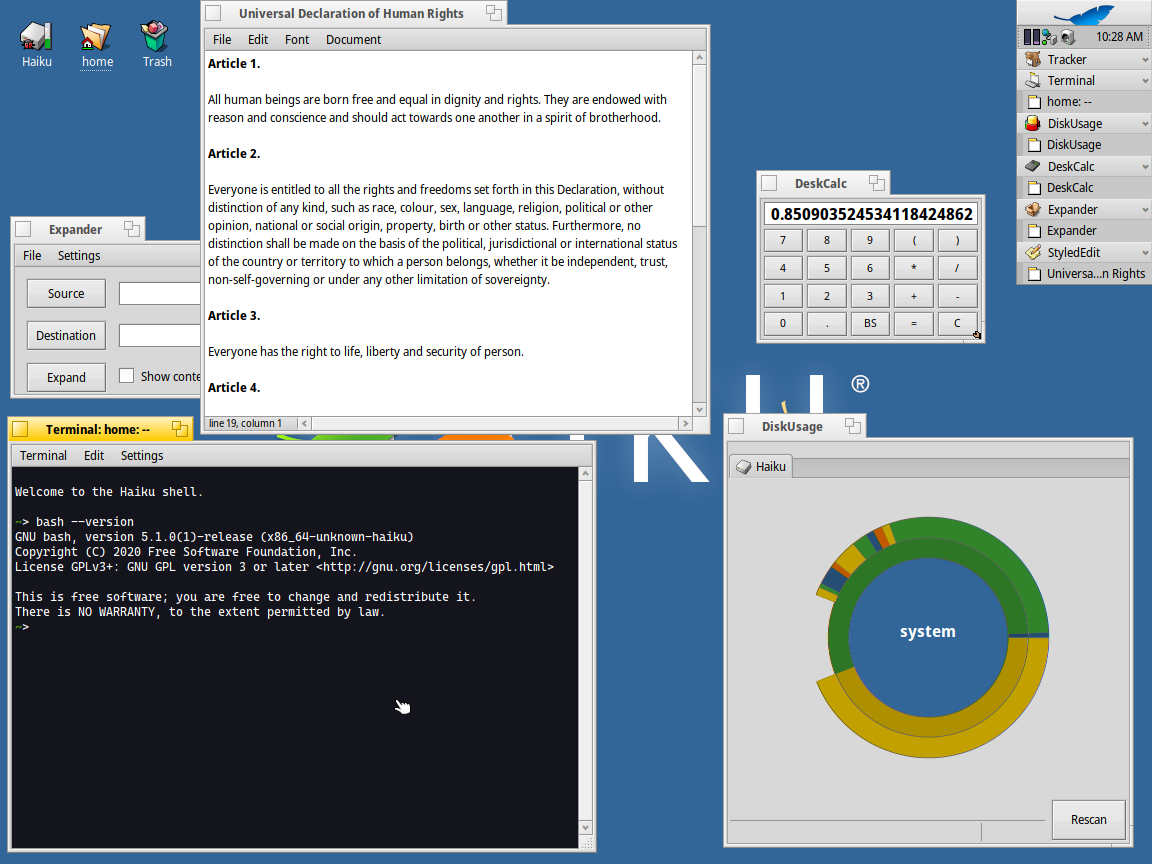