Just a few days ago, Rene Gollent switched on the Haiku debugger as the default debugger. Starting from revision 45032, whenever an application crashes, you will now get the option to debug it in Haiku's debugger. This milestone is important because it marks Haiku's debugger as ready for general use. Before Haiku used the command line tool gdb, which is very good but also very user unfriendly if you are used to a descent GUI debugger.

Whenever an application crashes, you will see this dialog: 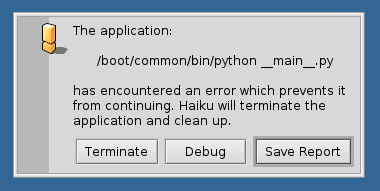 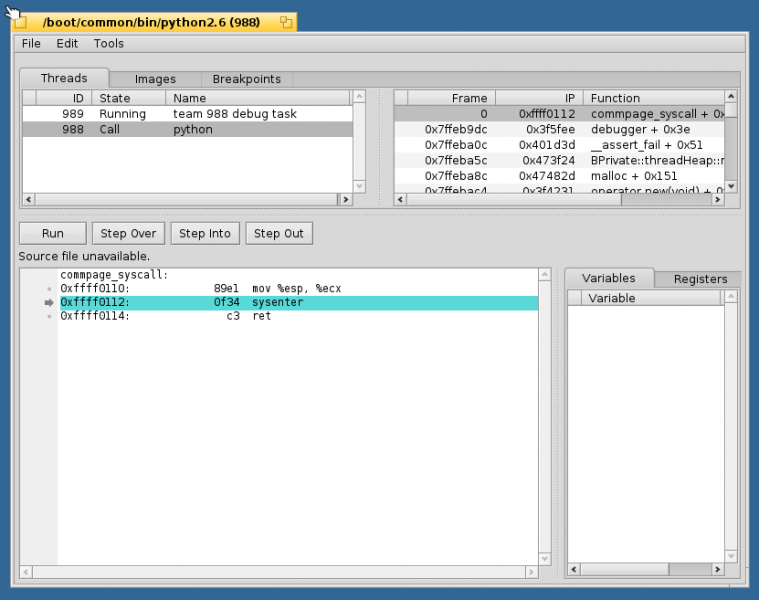 Initial work on the debugger was done by Ingo Weinhold. Recently, Rene Gollent worked hard on getting the debugger into shape and getting it ready for release quality.