Since my last blog entry I have mostly completed the implementation of the AWT/Java2D port. It is still in need of a lot of testing, but it is stable enough to run a lot of Swing apps out of the box. For example, here’s jEdit and SwingSet: 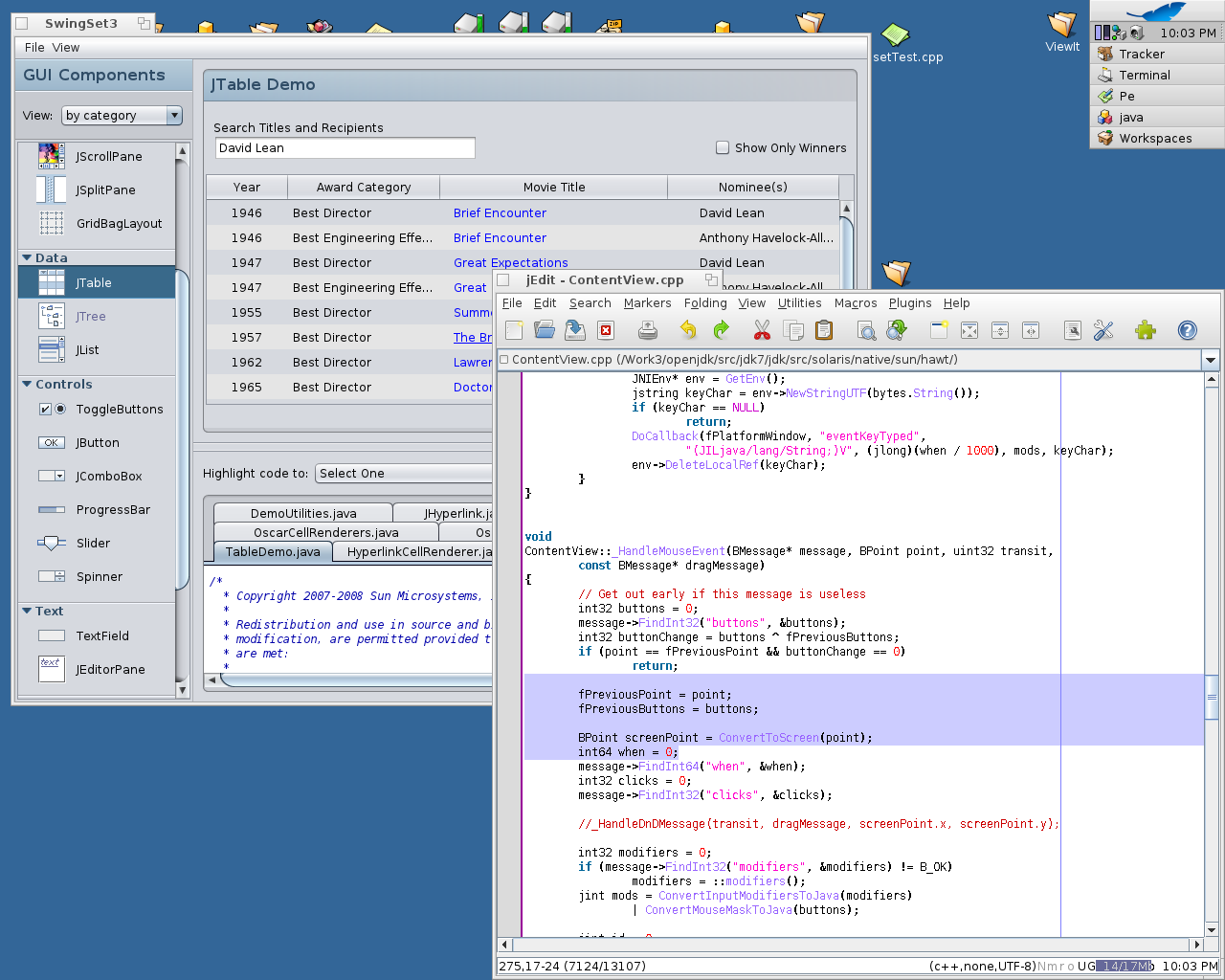 ... the killer apps of the Java platform

AWT drag and drop support is still missing because Haiku lacks some of the functionality required to implement it. Discussions on the design of a more fully featured drag and drop API are ongoing on the Haiku GSoC mailing list. Over the next week or two I will continue to polish the AWT/Java2D port with an eye to improving performance and weeding out bugs. Once I’ve fixed the more glaring issues I will upload binaries so anyone interested in trying out the new port can do so.

At half term I will start on the implementation of the jsound port, which will provide support for audio and MIDI.