It’s the end of the first GSoC period, so it’s about time I clutter the blog again!

A good few changes have been made to Caya― most obviously support for multi-user rooms and some UI changes. Multi-protocol add-ons are now supported, the program is oriented around “Conversations” rather than “Contacts,” basic moderation (kicking, banning, muting) works, etc.

The protocol API’s expanded because of these general changes, and I don’t think it could be called “stable” for another couple weeks at least― I still need to document it, and some of the new additions might still be consolidated into others.

Anyway, it’s sometimes better to show than tell. Here’s before and after: 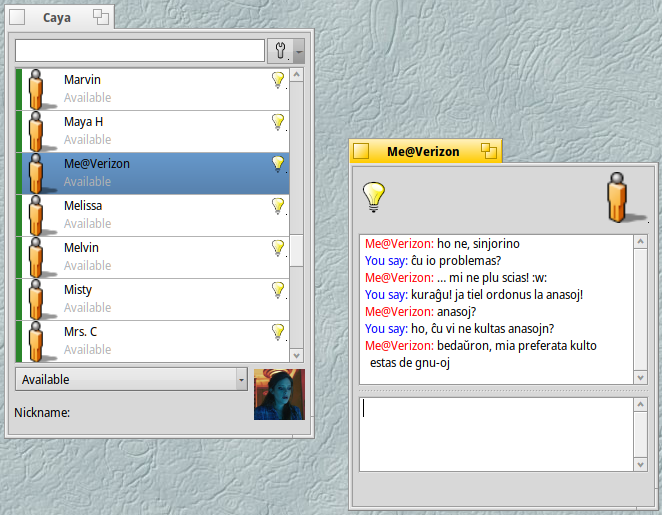 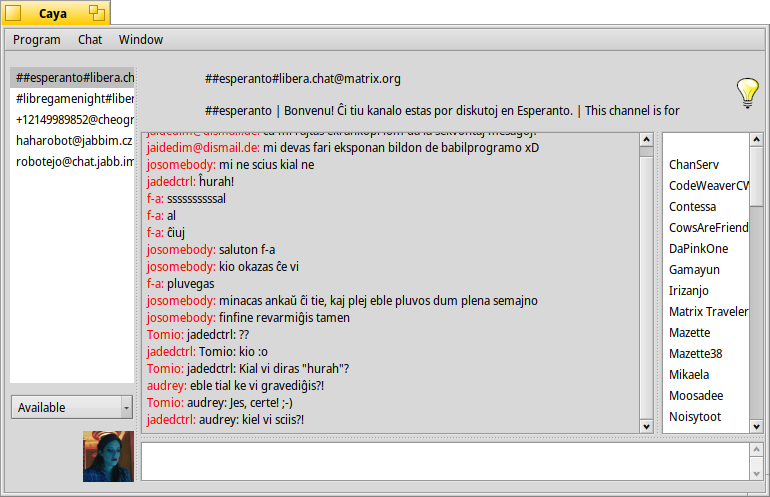 I’m no UI designer, so any input’s greatly appreciated, really. Right now I’m thinking on moving the “send” textbox to between the user-list and chat-list, and giving each user a specific in-chat color. There should be a way of visually marking a user as an arbitrary rank (moderator, admin, etc) in the user-list, but I’m not sure that might be best done. Maybe custom text-prefixes (e.g., “@” with IRC), or having a rank-based name-color…?

There are a couple changes not shown in the screenshot, like displaying a user’s status. When a chatroom member is marked “available,” “away,” or “offline,” the color of their name in the user-list changes accordingly, from normal text color to an increasingly lighter/darker tint.

Overall, I think some good progress has been made, and I’m on track to get started on the libpurple add-on. Caya is a good base to work with, and Gloox has been surprisingly pleasant to work with.

Next up on the agenda, though, are changes that’ll give add-ons some much-needed flexibility, as well as minor tweaks: Allowing protocols to define custom commands/menu items for the room and user right-click menus, room creation with custom slots dictated by protocol, room invitations, roster management, etc.

You can find the sources on Github, and my introductory post here.