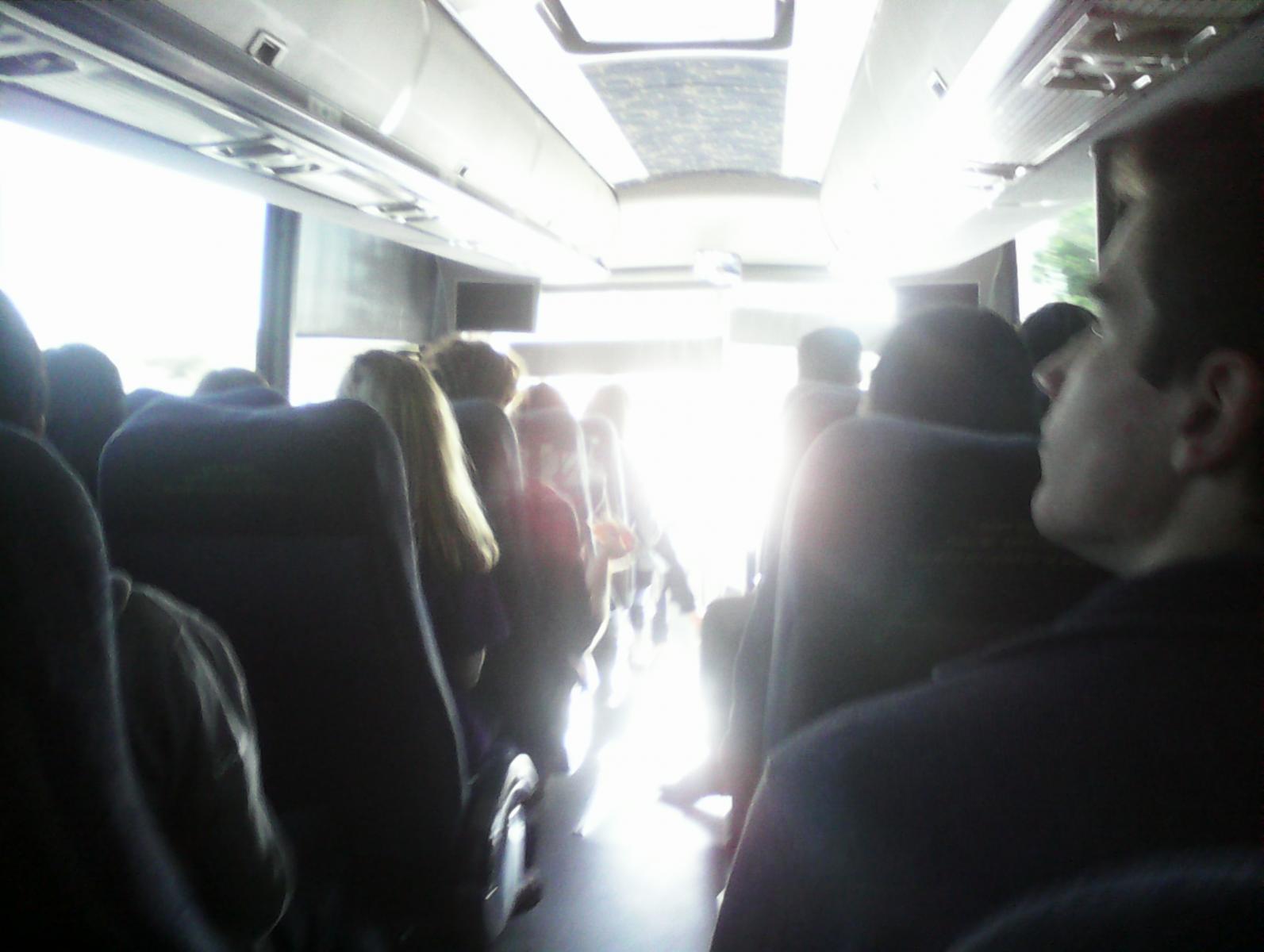 [Looks like I’m still jet-lagged a week later… I’ll try to publish my notes anyway, and put photos later on]

Today is the big day: we’re going to the Googleplex in Mountain View! It took a while to get there due to traffic jam, and we were on the lucky bus, the other ones took even more time. Before getting out we had a tour of the vast campus with the bus, showing the various buildings and places, and the famous gbikes everywhere.

Then we went to the conference room, with enough food & coffee to keep us alive for a while. The other group finally arrived, led by Stephanie, and we begun with some general infos like the photo policy (that’s why you won’t see… oh, well) and the schedule for the day.

We started with some mentor talks, explaining their orgs and how they handled GCI. Some had a lot more slides than mine… Great occasion to learn more about other orgs that we didn’t really look at during the rush of GCI. I already heard of MetaBrainz, but that reminded me I wanted to integrate it somehow in Haiku. 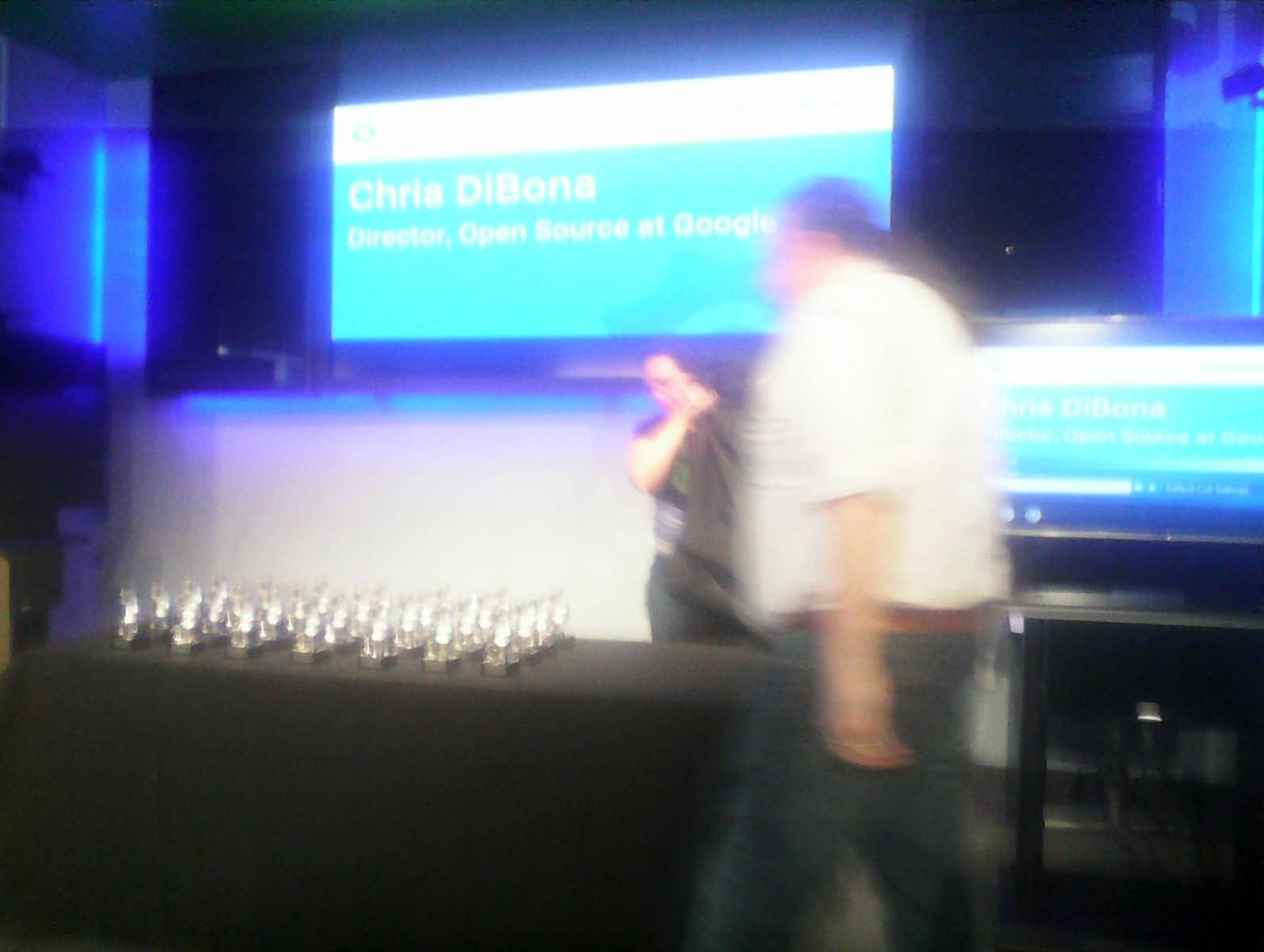 Then we did the winner prize-giving ceremony, presided by Chris DiBona, Directory of Open-Source at Google. We took photos of every winner, then both winners and the mentor. 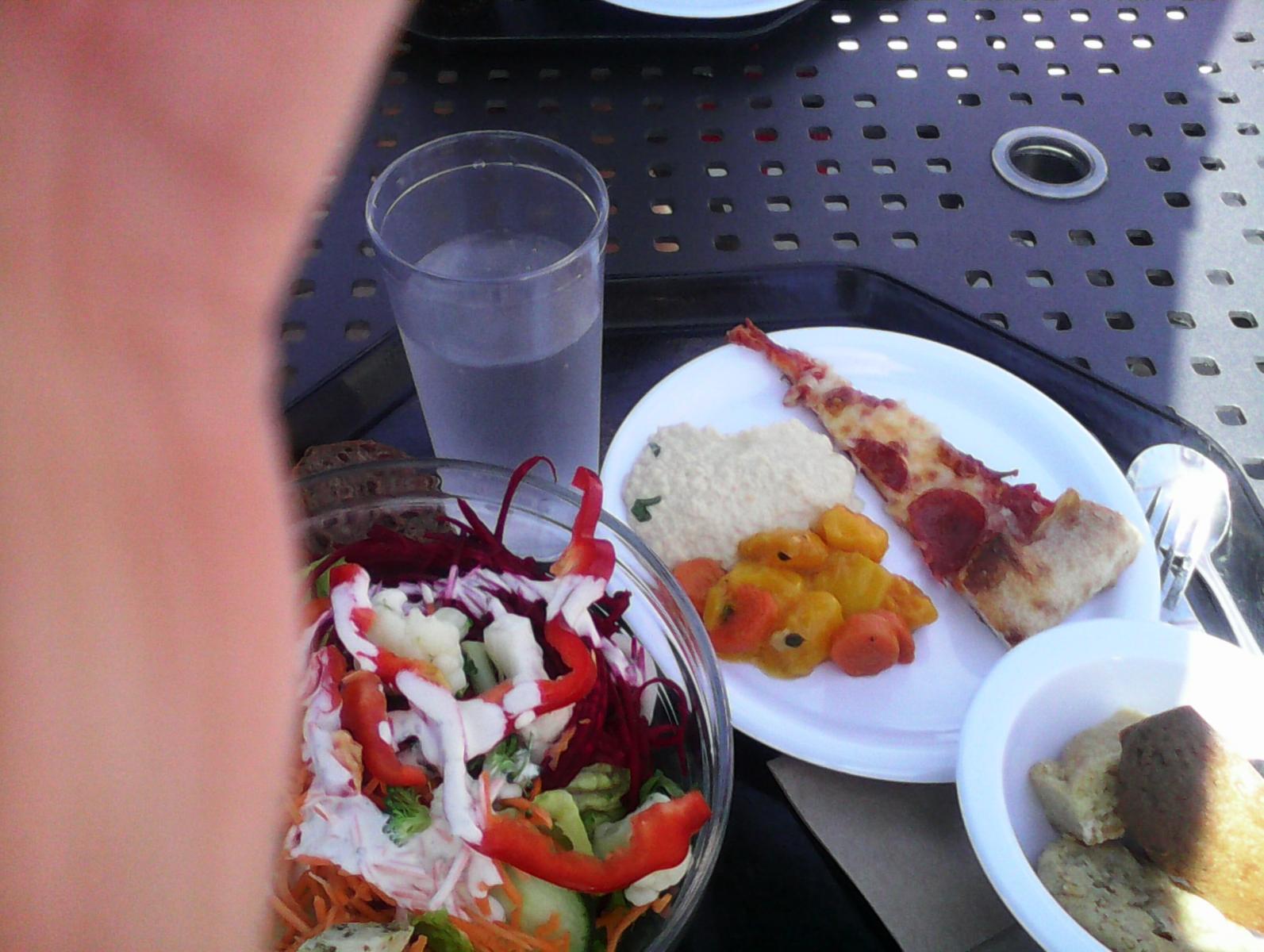 When the table was empty of trophies, it was time to get to another building for some food. We had to pick from many buffets, and I took a large salad to compensate for all the goodness. We sat down outside in the sun, and chatted with students and parents, and other googlers. Stephanie arranged for googlers speaking all the represented languages to join us. 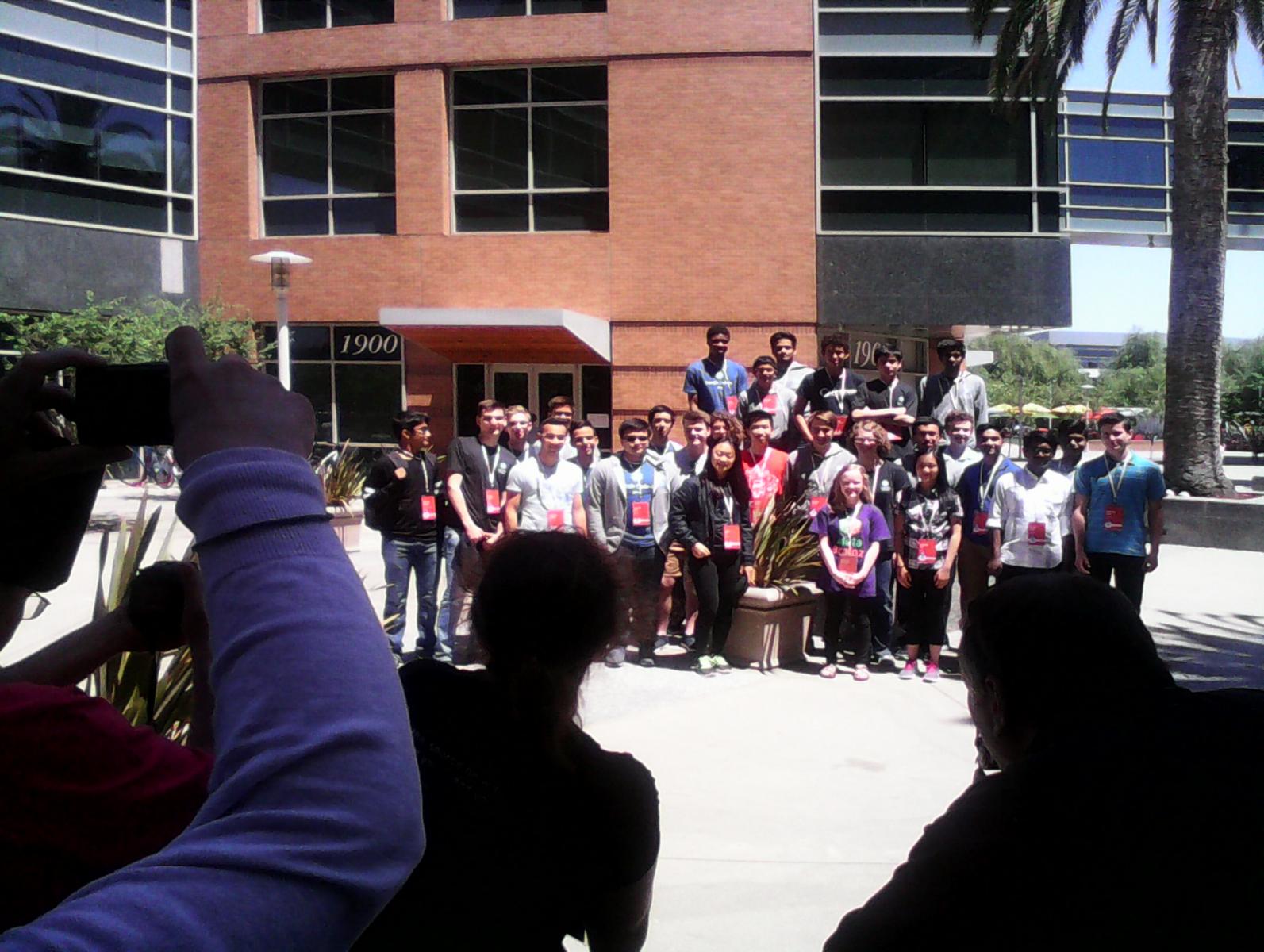 On the way back, we did some official photos with everyone outside, with mentors, then without…

Back in the conference room, we had some talks from the locals.

First we had a Cardboard demo along with the Google Expeditions app, which lets entire classes visit places virtually, led by the teacher’s tablet. As they didn’t have enough devices we had to split, and some went to Machu-Picchu, others went on the moon… or underwater with sharks. The teacher can program interesting points, which are hinted with an arrow then a circle to let you know where to look at. Using carboard should make it cheap enough to have a dozen per class, instead of cashing for one or two high-end VR sets. The lack of strap makes it also much easier to take it out, pass it to others… and have a more social experience than being stuck alone in VR for 30min. This talk gave me a lot of ideas, and some others still pop into my head as I write this, I really ought to write them down before I forget!

Then Jeremy Allison (of Samba fame) gave us a debugging lesson, using a whiteboard for a change, from a real case, reminding the importance of using safer languages, and FLOSS to allow trusting the code. He even detailed the difference between Free software and Open Source, which I was glad to hear, as I almost succumbed to the “opensource” term in my mentor talk earlier. :P

We also had a presentation of the self-driving car and all the problems that arise when trying to make it work (both technically and legally), and hopefully make it a commodity someday.

Then we caught the bus to the Google Shop, where students and mentors were given some gift cards to expense for even more swag of our choice. I spent a lot of time deciding on what to get as I already have a whole pile of Google/GCI/GSoC tshirts. But I found some other funny items to get. Like, if you’re not happy with Google’s answers you can throw it away as a Frisbee ;-) 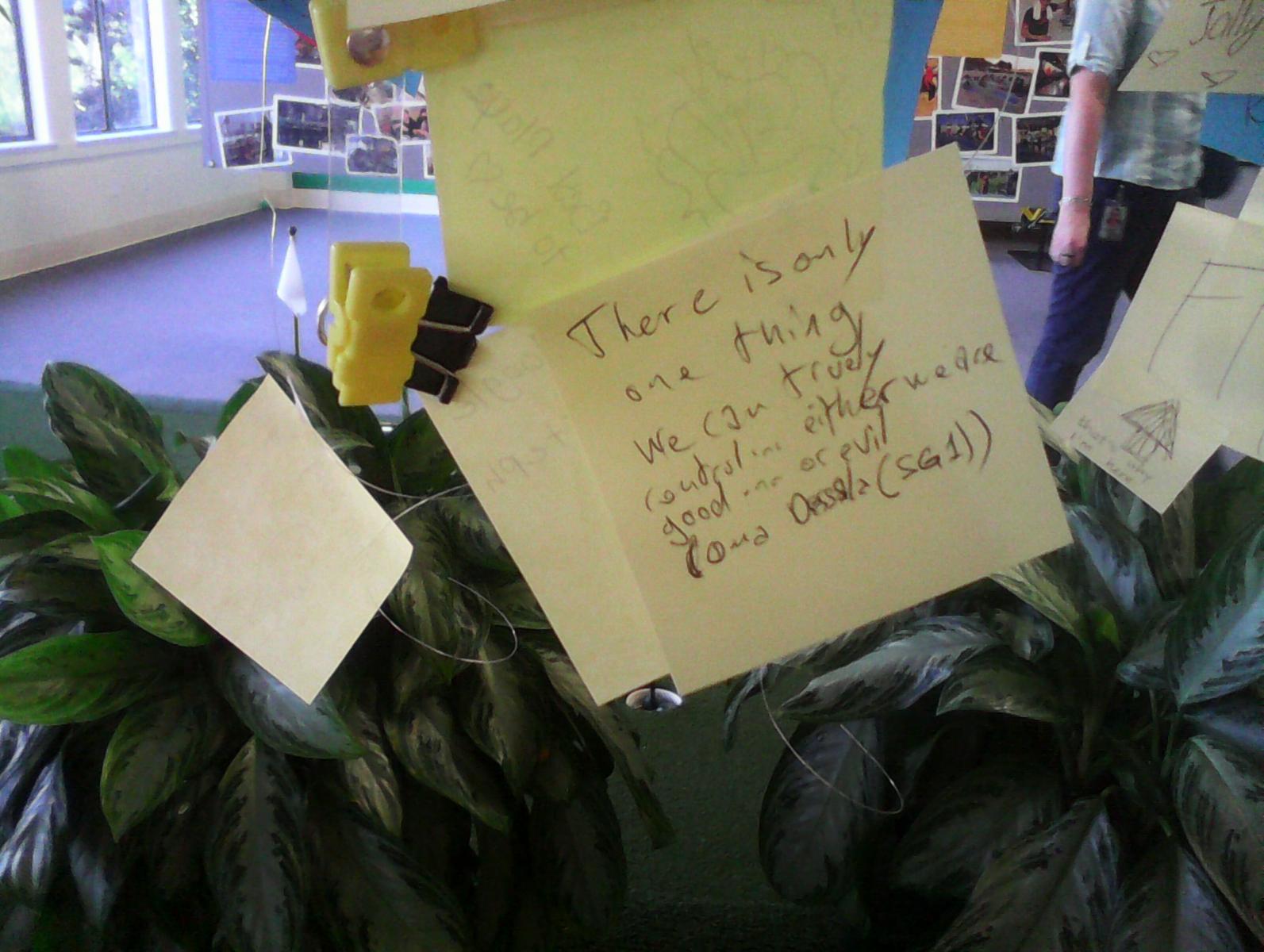 I was the last of us to get out, so we ran to the Visitor Center, with nice items to see, like their first server rack. The building is not very large, a quite humble place I think, compared to the outcome of the endeavor.

Back on the bus, the ride back to the hotel went much faster. We didn’t chat much as we were already quite tired by then.

Some people said they were interested in visiting NoiseBridge after I mentioned it, but everyone went to their room before I had time to give them a time to meet, as I guess everyone was exhausted from the tour. I posted on twitter just in case but by 9pm nobody showed up so I just want alone and took the BART, it’s just a 5 minutes trip and it’s 2 blocks away from 16th-Street-Mission station. This time the entrance was open, and I popped up in the middle of their Monday hacking sessions, with people making circuits with LEDs, and Arduinos to make them blink…

I looked for a Nikon USB cable just in case, without luck. I decided to have a try at charging the battery directly with a current-limiting power supply. It took me a while to find a way to connect to the battery as nothing would stick to the pads. I ended up holding the stuff by hand, and it did work, so hopefully I charged it enough to make a few good looking pictures on the next day. By 11pm they started closing, and I was eager to go to bed anyway.